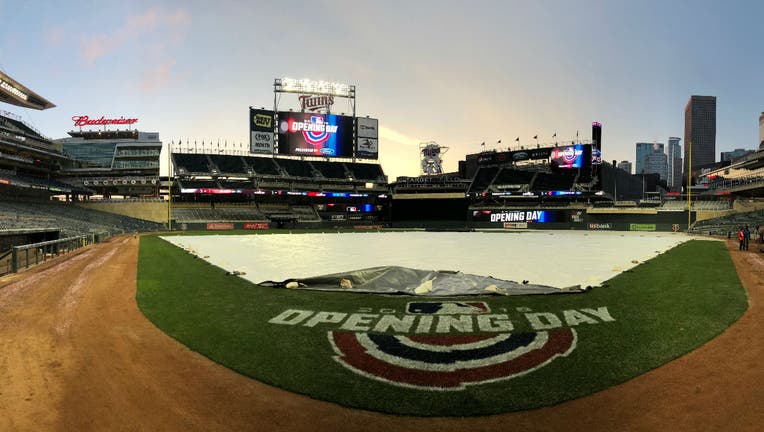 MINNEAPOLIS - The Minnesota Twins are preparing to welcome back 10,000 fans on April 8, in what will be the largest public gathering in the state since March of 2020 as they host the Seattle Mariners for their 2021 home opener at Target Field.

The Twins played their 2020 home games without fans at Target Field, due to concerns with the COVID-19 pandemic. With cases starting to slow down and deaths on the decline, Gov. Tim Walz has started to loosen restrictions and is allowing outdoor public gatherings of up to 10,000 people.

Twins get ready to welcome back fans

The Minnesota Twins will have their home opener at Target Field on April 8.

The Twins’ home opener, and the other two games against the Mariners, are already sold out.

Natalia Romero Arbelaez, a local educator and performer, will sing the National Anthem. Former Twins manager Ron Gardenhire will throw the ceremonial first pitch. His son, Toby Gardenhire, the new manager of the Class AAA St. Paul Saints, will be the catcher for the pitch.

The Twins will also announce a ceremonial starting lineup of educators to honor those whose lives have been altered by the COVID-19 pandemic. The Twins will also hold a video tribute and moment of silence for bench coach Mike Bell, who died March 26 at 46 years old after a battle with cancer.

The Twins will also have a graphic on the outfield wall displaying, "End Racism," as the team continues to address social justice issues in the aftermath of George Floyd’s death last May. The trial for Derek Chauvin, the former Minneapolis police officer facing murder charges in his death, started Monday.

The St. Paul Saints announced Tuesday they're hosting a watch party at CHS Field on April 8 for fans who don't have tickets for the Twins' home opener. Fans can come watch the Saints take batting practice, and the video board at CHS Field will have the Twins game. Tickets will be $10 and sold in groups of two or four. The gates at CHS Field will open at 2 p.m., and batting practice will take place from 2 p.m. to 2:30 p.m. ahead of the first pitch at 3:10 p.m. at Target Field.

The Twins are coming off winning their second straight American League Central Division title. Fans coming to Target Field will be in pods of either two or four seats. They will be required to wear masks, unless eating or drinking. All concessions will be done through a mobile app to limit standing in line and preventing the spread of COVID-19.