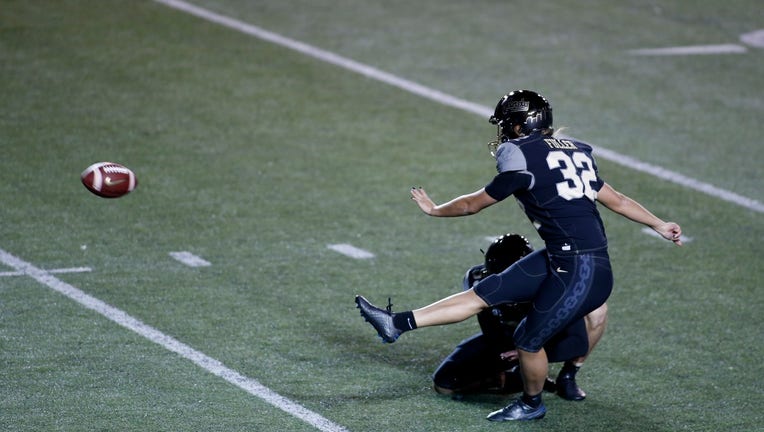 MINNEAPOLIS - Minnesota Aurora FC kicks off its inaugural season in May, and on Monday the team announced its first player signing.

"I’m excited to be a part of a club that was built by the community," Fuller said Monday in a statement issued through the team. "To see so many people come together and support a women’s soccer club is magical and speaks to the growth of women’s sports today. I’m also excited to be in an environment that will challenge me and prepare me for the next level."

Fuller went 8-3 in net for the Commodores last season and a 1.02 goals against average, which is in the top-10 in program history at Vanderbilt. She made national news last fall when she kicked an extra point for the Commodores’ football team.

Fuller became the first woman to score a point in a Power Five football game.

"Sarah is a fantastic player and an even better person," Minnesota Aurora coach Nicole Lukic said in a statement. "This club is committed to creating the most professional playing and development opportunity for women across the country and having a leader like Sarah that has broken down barriers and shown such grit and determination is a perfect fit for us. We are thrilled to have her as a leader on the field and in the locker room."

Minnesota Aurora FC, a pre-professional soccer team with more than 3,000 community investors, will kick off its inaugural season in the USL W on May 26 against the Green Bay Glory. All six home games in 2022 will be played at TCO Stadium, the home of the Minnesota Vikings’ practice facility in Eagan.