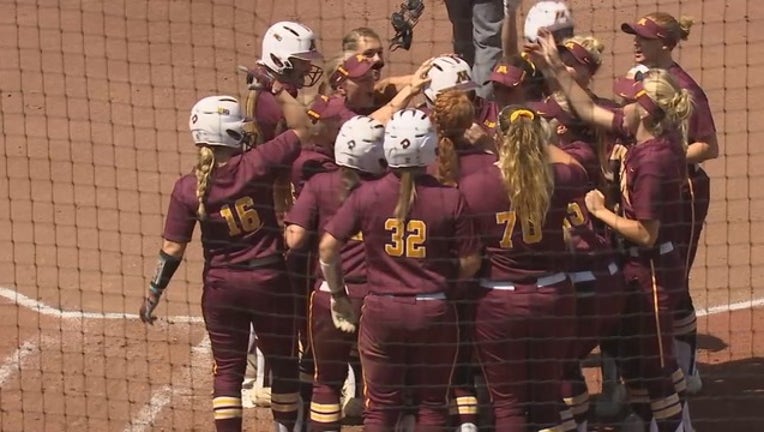 MINNEAPOLIS (FOX 9) - The Minneapolis NCAA Softball Regional, including the championship game featuring the Gophers, has been suspended until Monday, according to the University of Minnesota.

The Gophers' regional run was forced to pause Sunday after wins over North Dakota State and Georgia in consecutive days.

The University announced that the suspended Drake vs. Georgia game of the regional will resume Monday morning at 10 a.m. at Jane Sage Cowles Stadium.

The championship is scheduled to begin at approximately noon.

Gates will open for the championship game at 11 a.m.