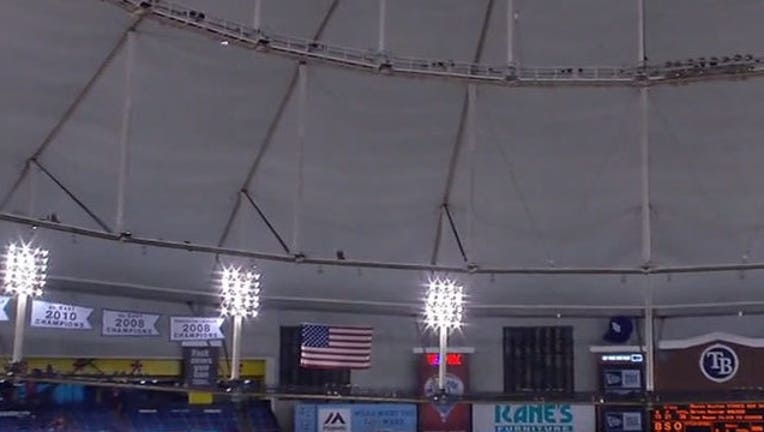 The Minnesota Twins were going for their seventh straight win Thursday night in Tampa. The streak was snapped with a 5-4 loss, but they still won 6 of 10 games on the road trip, jumping back into contention for a Wild Card spot.

The talk of the night was the monster hit by Miguel Sano that would have been a home run in any other ballpark. Sano absolutely crushed a pitch to left field, but it hit the catwalk at Tropicana Field and bounced back into play for a double. Watch the play at atmlb.com/1i5GOOL

“That ball would have been 100 feet over the fence in left center,” Twins play-by-play announcer Dick Bremer said.

In the next inning, Eduardo Escobar launched a home run to center, putting the Twins up 3-2. But in the 6th inning with the game tied 4-4, Kurt Suzuki let a pitch get past him, allowing a runner to score from third.