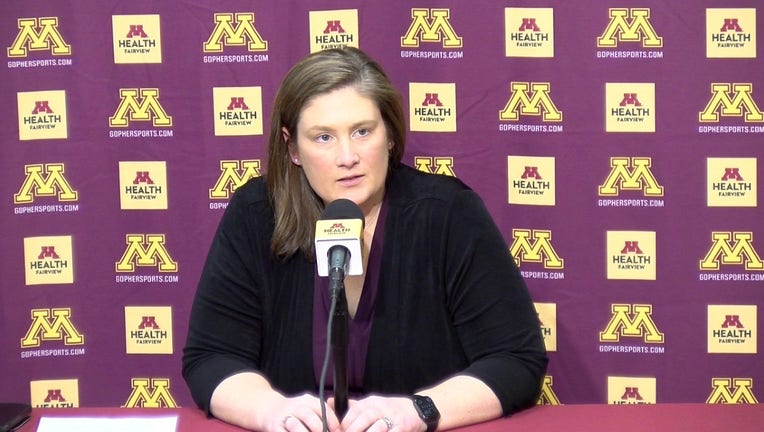 MINNEAPOLIS - Former Hutchinson, University of Minnesota and Minnesota Lynx star Lindsay Whalen is one step closer to calling herself a hall-of-famer.

Whalen, currently the head coach for the Gophers’ women’s basketball team, on Tuesday was named a first-time nominee for the Naismith Basketball Hall of Fame for the Class of 2022. She’s part of a group that includes Manu Ginobili, Tom Chambers, Chauncey Billups and Swin Cash. A news conference to announce the finalists for the 2022 class will be held on Feb. 18, 2022, during NBA All-Star Weekend.

The class will be unveiled during the NCAA Final Four in New Orleans in early April.

Whalen is arguably the most decorated basketball player in the history of Minnesota. A prep star in Hutchinson, Whalen helped fill the seats at Williams Arena in leading the Gophers to the program’s only Final Four appearance in 2004.

She won four WNBA titles with the Minnesota Lynx, and has two Olympic gold medals with Team USA in 2012 and 2016. One of the most competitive people you’ll ever meet, Whalen had her No. 13 jersey retired by the Lynx in June of 2019. She’s the only female athlete to have her jersey in the rafters at Target Center.

Whalen left the Gophers as the program’s all-time leading scorer with 2,285 points. She also holds the Minnesota career record for scoring average, games scoring in double figures, free throws made and free-throw percentage.

She spent 15 years in the WNBA, the last nine with the Lynx. She’s the Lynx franchise leader in assists (1,394), is second with 283 games played and fourth with more than 3,200 career points.

Now trying to lead the Gophers to the NCAA Tournament as a coach, the only box left to check on her career is the Hall of Fame.