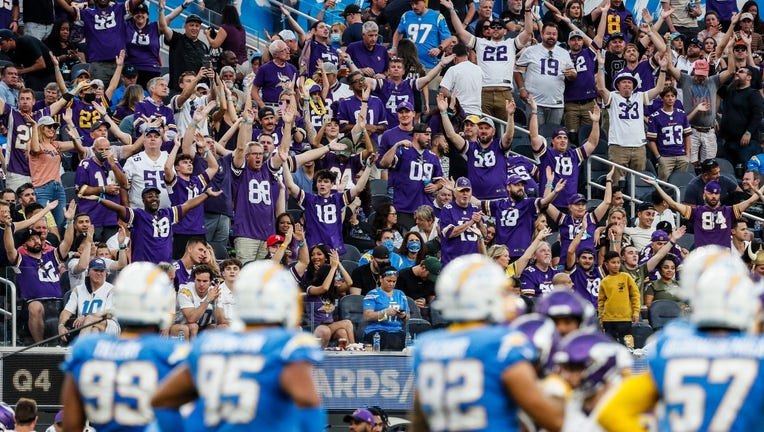 Vikings fans conduct a Skol chant late in the game against the Vikings at SoFi Stadium.  ((Robert Gauthier/Los Angeles Times via Getty Images))

MINNEAPOLIS - The Minnesota Vikings start training camp next week at TCO Performance Center in Eagan, and the team announced Thursday a limited amount of single-game tickets for the 2022 home season will go on sale next week.

Vikings’ rookies report for training camp on Sunday, with the rest of the team reporting on Tuesday. The team’s first practice that’s open to the public is next Saturday. A limited amount of single-game tickets for the 2022 home season will go on sale at 10 a.m. Thursday, July 28.

The Vikings’ 2022 home games are as follows:

The Vikings are starting a new era, with Kwesi Adofo-Mensah replacing Rick Spielman as the head of the front office. Kevin O’Connell is in his first season as head coach, replacing Mike Zimmer after winning a Super Bowl as the offensive coordinator of the L.A. Rams. The Vikings finished the 2021 season 8-9, missing the NFC Playoffs for the second straight year and for the third time in the last four years.