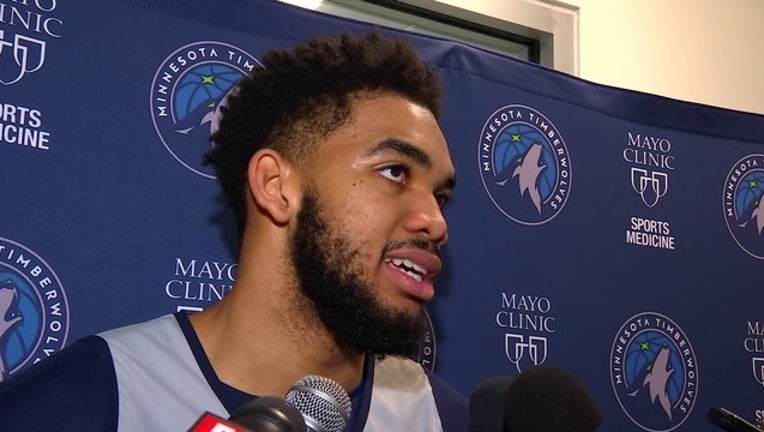 Karl-Anthony Towns talks about being selected for his second NBA All-Star Game.

The Minnesota Timberwolves return from the NBA All-Star break Friday night and are on the road to face the New York Knicks. There is a chance they might be without their best player.

Timberwolves interim coach Ryan Saunders said Friday morning Karl-Anthony Towns was involved in a car accident Thursday on the way to the airport. He flew into New York Thursday night, and did not participate in team shoot-around to rest at the Timberwolves’ hotel.

Towns is listed as questionable for Friday’s game against the Knicks. Towns has started every game of his NBA career, which is currently at 303 consecutive games.

He played in the NBA All-Star Game, scoring 11 points and grabbing three rebounds in 11 minutes of action. Towns is averaging 23.1 points and 12 rebounds per game this season for the Timberwolves, who are currently four games out of the No. 8 spot in the Western Conference playoff race with 25 games left.