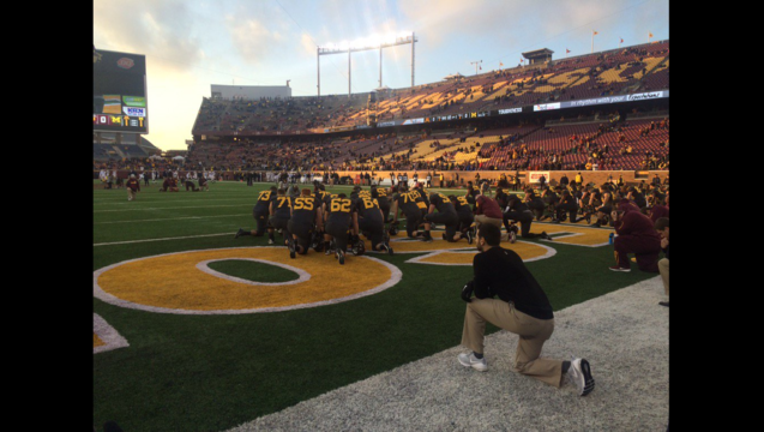 MINNEAPOLIS (KMSP) - Former Gophers head coach Jerry Kill returned to TCF Bank Stadium for Saturday's Border Battle against Wisconsin, marking the first time Coach Kill has been on site for a game since his retirement.

The Gophers seemed to have Kill Karma working in their favor early, with an interception return for a touchdown on Wisconsin's first play from scrimmage. But turnovers and a dominant Badgers rushing attack gave Wisconsin their 12th consecutive win in the Battle for Paul Bunyan's Axe.

It’s been a season of turmoil for Minnesota -- one that started with expectations that the program would take a big step forward after making it to a New Year’s Day bowl last season. However, injuries, missed opportunities and most critically, the retirement of Coach Kill for health reasons all resulted in something of a lost season for the Gophers.