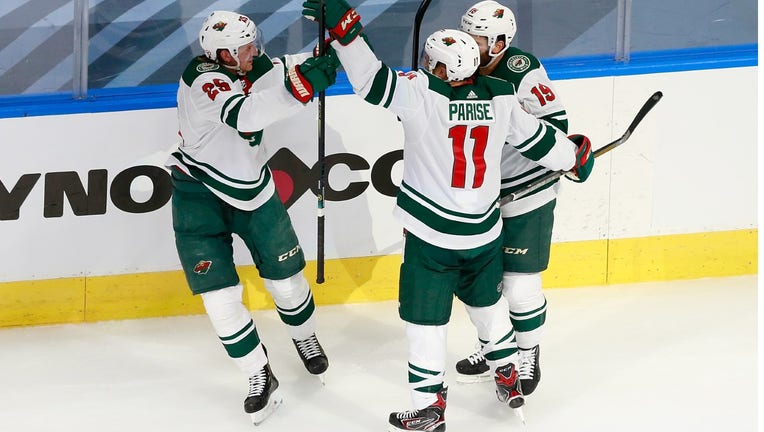 MINNEAPOLIS - It’s been five months since the Minnesota Wild played a hockey game, but that will all change Thursday night as the Wild open a 56-game season at the L.A. Kings.

Wild coach Dean Evason, entering his first full season after being the interim to Bruce Boudreau last year, said Wednesday the team had some extra hop in its skates as the team worked out for the final time at TRIA Rink before the start of the regular season.

"Everybody was fired up today. We had a lot of energy, a lot of detail, a lot of execution so hopefully that rolls over to tomorrow night," Evason said.

The Wild fly to Los Angeles Wednesday, but the hours leading up to Thursday night’s opener will be anything but normal. Players and team officials will spend a majority of their time in their hotel rooms. There will be a team meal at the hotel, but there will be plenty of Netflix, reading books and video chats to kill the time before Thursday’s puck drop.

A shortened season starts with a four-game road trip for the Wild. Two against the Kings and two in Anaheim before they return to St. Paul. With 26 fewer games on the schedule and eight games against seven opponents each over the next five months, a fast start is essential.

"You have to treat every little segment as a mini playoff series. The points are huge, to get off on the right foot is going to be big for us," Wild defenseman and captain Jared Spurgeon said.

The Wild on Wednesday trimmed its roster to 22 players, placing forwards Luke Johnson and Kyle Rau, defensemen Matt Barkowski, Louie Belpedio and Dakota Mermis and goaltender Andrew Hammond on its taxi squad. They can practice with the team, and be called up in the event of a COVID-19 issue or injury.

The Wild will have a much different look when the puck drops Thursday night. No Eric Staal, Jason Zucker, Mikko Koivu, Mikael Granlund or Devan Dubnyk. They will have Zach Parise, Ryan Suter, Jared Spurgeon, Jonas Brodin and Matt Dumba back among the veterans. Kirill Kaprizov will make his highly-anticipated NHL debut.

Nick Bjugstad is with his hometown team, and Kevin Fiala will be looked at to take his game to another level after a strong finish last season. They also have Marcus Foligno after signing the locker room glue guy to a three-year extension on Tuesday.

The Wild won’t have Stalock due to an upper body injury, but they will have either Cam Talbot or Kaapo Kahkonen in net.

Other than two scrimmages aired on social media, fans will get their first real look at the Wild Thursday night.

Hockey is back. Training camp is over, now it's real.