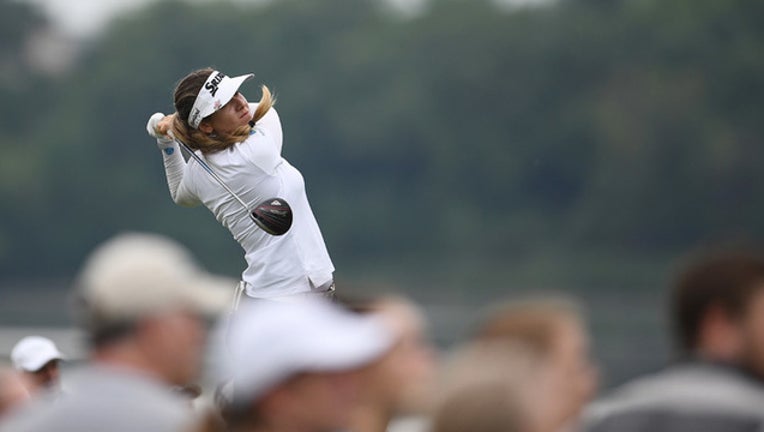 CHASKA, Minn. (AP) - Hannah Green held her nerve and saved par from the bunker with a 5-foot putt on the final hole to win the KPMG Women's PGA Championship for her first major championship. It's also the first win by an Australian in 13 years.

Green closed with an even-par 72 at Hazeltine National for a one-shot victory over defending champion Sung Hyun Park, whose 18-foot birdie putt on the 18th hole gave her a 68.

Among those who celebrated with Green was Karrie Webb, who brought Green to America four years ago as part of her scholarship program. Webb was the last Australian to win an LPGA Tour major in 2006 at the Kraft Nabisco.

Green, in only her second full year on the LPGA Tour, is the first wire-to-wire winner of this major since 2011.