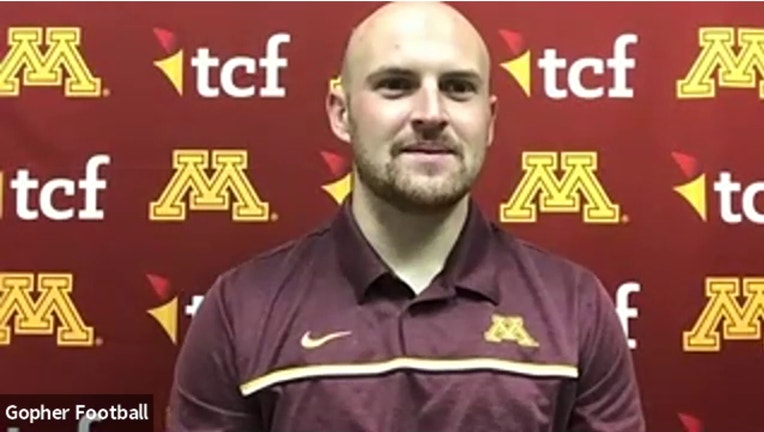 Tanner Morgan will lead the Gopher football offense after setting several school records in a historic 11-2 season in 2019.

MINNEAPOLIS - University of Minnesota quarterback Tanner Morgan has been named one of 20 semifinalists for the Jason Witten Collegiate Man of the Year Award.

The honor, in its fifth year, is the first college football award to focus on a players on and off-field leadership. Morgan, in his third full season as a starter, is 24-11 in 35 games. He’s completed 504 passes, which is fifth in school history, for 7,385 yards, which is third in school history. He’s Minnesota’s all-time leader in completion percentage at 61.5 percent, and is fourth in program history with 52 career touchdown.

Morgan has a dozen school records, and was named Second Team All-Big Ten after the 2019 season. Morgan has earned a bachelor’s degree in human resource management, and is pursuing a master’s degree in sport management. Morgan is active in the Twin Cities community with visiting hospitals, participating in the team’s Thanksgiving turkey drive, Hope Kids events and youth camps.

Three finalists will be named for the award on Wednesday, Dec. 15. The winner will be announced at the award ceremony in Frisco, Texas, on Feb. 17, 2022.

The winner of the Jason Witten Collegiate Man of the Year will also receive a $10,000 contribution in his name to his school's athletic scholarship fund.