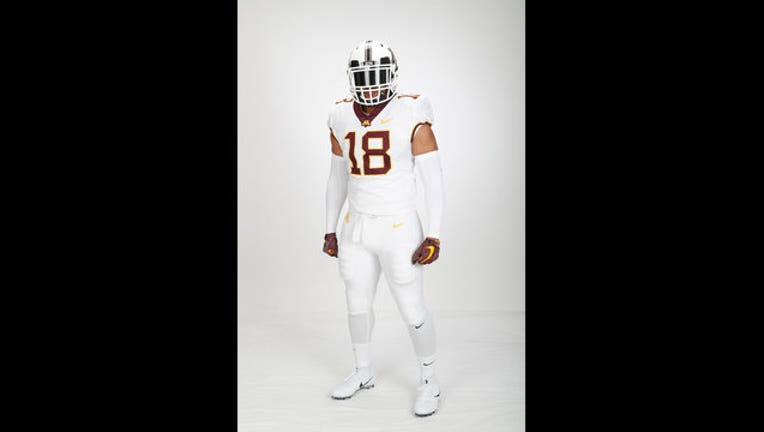 MINNEAPOLIS (KMSP) - The University of Minnesota football team will debut its new white uniforms at the first home game of the 2018 season Thursday night after their opponents, New Mexico State University, had a snafu with their own away jerseys.

The Gophers usually wear a traditional dark jersey when they play at home, but New Mexico State's white uniforms have not arrived yet, so their only option for the game is a dark uniform, according to the U. The Big 10 had to approve the one-time change.

The football team unveiled its new H.Y.P.R.R. ELITE uniforms earlier this year. Head coach P.J. Fleck said the uniforms "embrace the past to create the future."