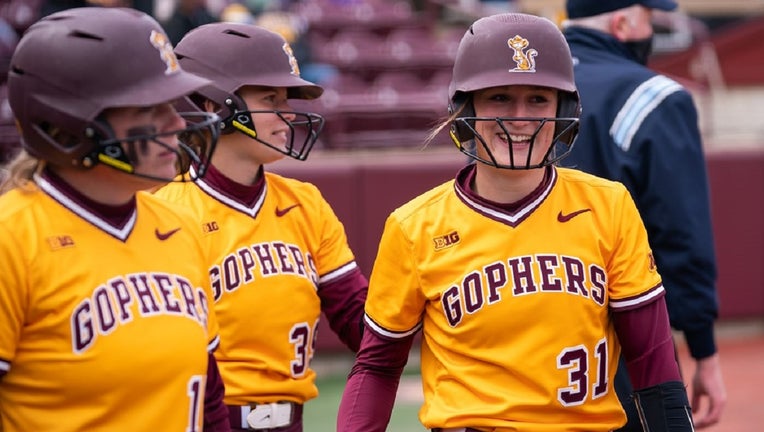 The Minnesota Gophers softball team is starting to heat up. (DenHartog Natalie/University of Minnesota)

MINNEAPOLIS - For the ninth straight season, the University of Minnesota softball team is headed to the NCAA Tournament.

The Gophers (26-24-1) learned Sunday they received a No. 3 seed and are headed to the Norman Regional, hosted by Oklahoma. Minnesota will face Texas A&M (29-26) to open the tournament on Friday. The Gophers earned an at-large bid with the help of an RPI of 38, and having the eighth-toughest schedule in the country this season. They also had the second-toughest non-conference schedule in the nation.

The Aggies are one of 12 SEC teams in the field of 64 and are making their 20th straight NCAA appearance.

The Gophers enter the NCAA Tournament with nine wins against the RPI top 50 in the country, including five in the top 25. Those include two wins over Northwestern, and wins over Arizona State, Michigan, Central Florida and a tie at Texas.

Minnesota is making its 16th NCAA Tournament overall. The Gophers are 27-31 all-time in the NCAA Tournament. The winner Friday faces the Oklahoma/Prairie View winner. The Sooners, at 49-2 on the season, are the No. 1 overall seed.