Minnesota Gophers football coach P.J. Fleck said he does not expect running back Trey Potts to play again this season after having to be hospitalized following the team’s win at Purdue. He did not go into detail on Potts’ ailment.

MINNEAPOLIS - University of Minnesota running back Trey Potts is expected to miss the remainder of the 2021 season with an undisclosed injury suffered in the Gophers’ 20-13 win at Purdue on Oct. 2, coach PJ Fleck said Monday morning.

Potts’ last carry in the win over the Boilermakers went for about six yards on a 3rd-and-3, a crucial first down in pouring rain that eventually led to Matthew Trickett’s 38-yard field goal. Potts came off the field under his own power as the Gophers brought in wildcat quarterback Cole Kramer.

Potts was looked at by the medical staff, went to the medical tent and was immediately transported to a West Lafayette hospital. He spent six days in the hospital before returning to Minneapolis last Friday, and is receiving follow-up care.

Fleck wouldn’t elaborate on what Potts’ ailment is, but said his 2021 season is over. 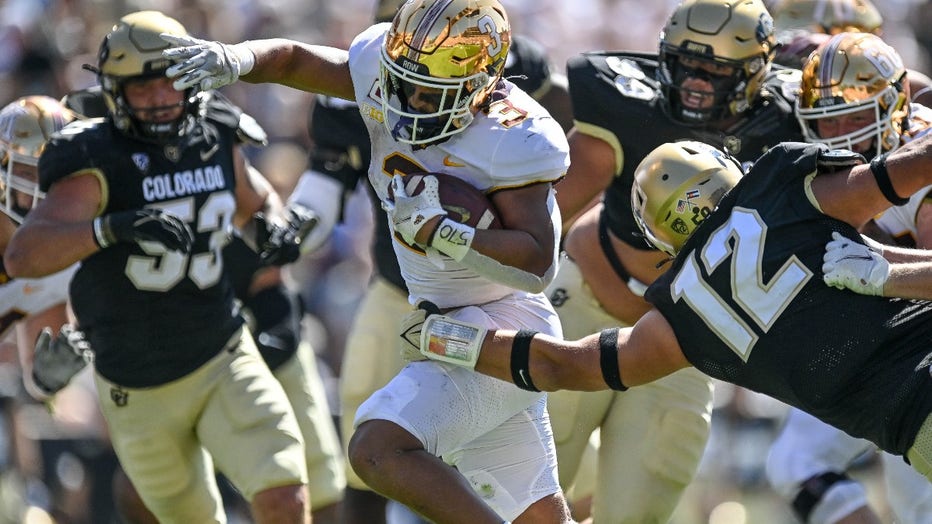 "It’s unfortunate what happened and really scary what happened," Fleck said. "But he is doing very well, back in Minnesota. Do I expect him to play the rest of the year? No. I’m not going to get into the extent of his injury. I’m really thankful that we have the medical people we have. We’re very blessed to have the medical team we have."

The situation was serious enough that Athletic Director Mark Coyle, Head Trainer Mike Sypniak and team physician Dr. David Jewison all stayed overnight Saturday in Indiana to be with Potts while his family traveled to be with him. Fleck said he consulted with Coyle after the win to see who would stay with Potts, and who would travel back to Minnesota with the rest of the team.

"I thought our medical team did an unbelievable job and handled it perfectly, especially in a very, very stressful and chaotic situation towards the end of the game too, where a lot of things can get overlooked. One thing our medical team never overlooks is our player safety, ever. It’s incredible," Fleck said.

Potts had 15 carries for 78 yards and a touchdown, on Minnesota’s opening drive of the third quarter, in the win. He became the primary running back for the Gophers after Mo Ibrahim went down with a season-ending leg injury against Ohio State.

In five games, Potts had 112 carries for 552 yards and six touchdowns. Fleck and the Gophers are now without their top two running backs for the remainder of the 2021 season, which means the running game duties will be split between Mar’Keise Irving, Bryce Williams and Ky Thomas.

Irving, a freshman, has 25 carries for 117 yards in four games. Thomas has seven carries for 66 yards, and scored his first career touchdown at Colorado.

Fleck wouldn’t say if Potts’ ailment is career-ending, but he won’t play again this season. Potts is hoping to see his teammates at practice this week. After beating Purdue, Fleck had to balance the excitement of getting a Big Ten road win with the concern that one of his players had a significant injury.

"It’s unfortunate those things are part of our game, but I know everyone is really concerned about him. He’s doing really good, he’s going to be OK," Fleck said. "You win a football game like that and there’s this excitement of winning, but then there’s real life that you’re incredibly concerned about him and his safety and his health and his well-being."