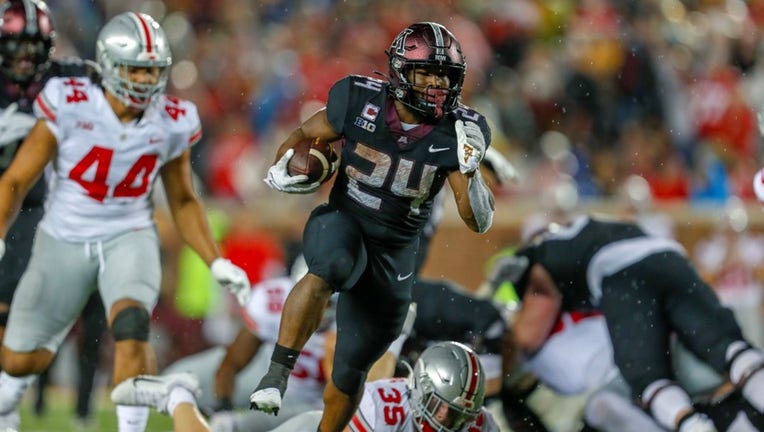 MINNEAPOLIS - The University of Minnesota football team is piling up preseason honors before it starts the 2022 season against Jerry Kill and New Mexico State on Thursday, Sept. 1, at Huntington Bank Stadium.

On Monday, Gophers running back Mo Ibrahim was named to the Maxwell Award watch list. The honor goes annually to the most outstanding player in college football. Ibrahim was the 2020 Big Ten Running Back of the Year after rushing for 1,076 yards and 15 touchdowns in seven games, a season shortened due to the COVID-19 pandemic.

Ibrahim ran for 163 yards and two touchdowns in the 2021 season-opener against Ohio State before leaving the game with what was later determined to be a season-ending leg injury. Ibrahim, entering his sixth season, owns or shares 10 program records.

Ibrahim is currently eighth in Gophers’ program history with 3,003 career rushing yards in 29 games. He is tied for fourth in school history with 33 rushing touchdowns, and his 5.49 yards per carry is currently eighth in school history. He’s tied for first in the program with three career 200-yard rushing games, and has the school record with nine straight 100-yard games.

Ibrahim returned for spring football, getting mostly individual work as he continued rehab from his leg injury, and was observing Ramadan, which requires fasting from sun-up to sun-down.

Ibrahim is one of 85 players named to the early watch list. Semifinalists will be announced Nov. 1.

Big Ten Media Days are set for Tuesday and Wednesday at Lucas Oil Stadium in Indianapolis, and the Gophers will be busy on Tuesday.

Morgan, Chris Autman-Bell, Ibrahim and Scmitz are among Gophers' standouts that are back for a sixth year of eligibility, granted due to the COVID-19 pandemic.