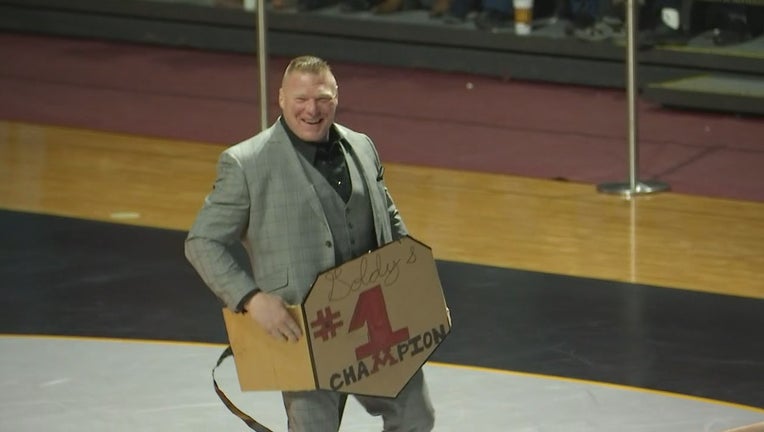 MINNEAPOLIS (FOX 9) - The University of Minnesota rolled out the red carpet and maroon mat Friday evening as a former wrestler turned WWE star returned to Minneapolis.

Brock Lesnar won the 2000 NCAA National Championship for the Golden Gophers wrestling before becoming a champion in both the WWE and UFC.

This year marks the 20th anniversary of Lesnar's title.

Friday night, as the Gophers wrestlers hit the mat taking on Wisconsin, the team welcomed Lesnar, honoring him with a video tribute. 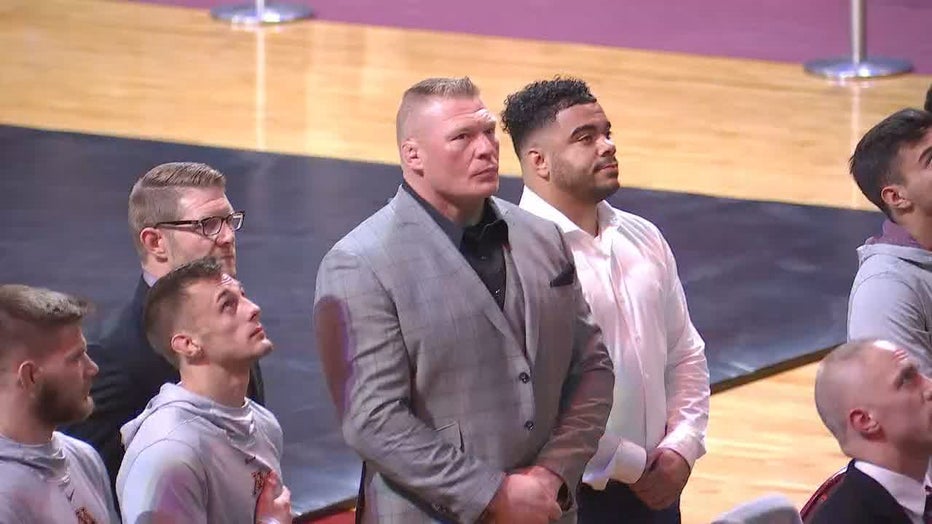 Lesnar was welcomed with applause as he was awarded a plaque honoring his 2000 title. He also got a cardboard belt from Goldy Gopher reading "Goldy's #1 Champion" which he proudly wore.

The university says Lesnar has been back to the college in recent years to teach and mentor young wrestlers. Before Friday’s ceremony, video posted on Twitter showed Lesnar going back to the mat with current Gophers wrestlers.

Lesnar is still at the top of his game in the WWE and currently holds the organization's title.