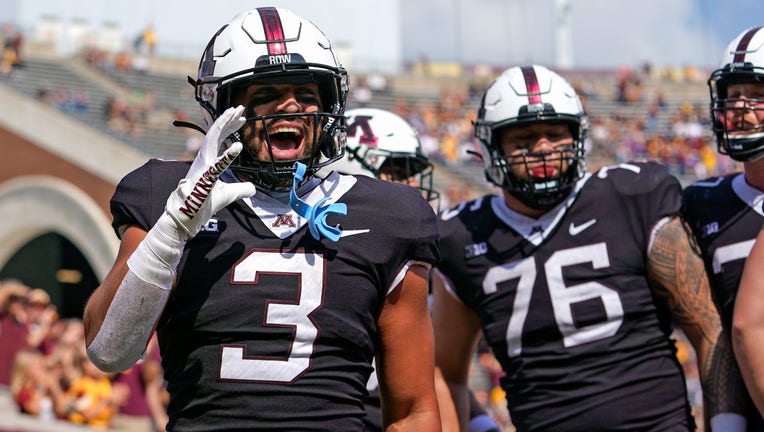 MINNEAPOLIS - For the second straight week, the University of Minnesota football team did exactly what it should against an inferior opponent.

The Gophers dominated Western Illinois of the FCS in every possible way in a 62-10 win over the Leathernecks on Saturday in front of more than 40,000 fans at Huntington Bank Stadium. The Gophers are 2-0 and have won their first two games by a combined 100-10 as they host Colorado next Saturday in their lone non-conference game against a Power 5 school.

The University of Minnesota football team is off to a 2-0 start after crushing Western Illinois 62-10 on Saturday at Huntington Bank Stadium.

Gophers football coach PJ Fleck talked about blocking out external noise with his team after Minnesota's 62-10 win over Western Illinois on Saturday at Huntington Bank Stadium.

While the approach was different than in their opening 38-0 win over New Mexico State, the result was more lopsided. The Gophers’ 62 points is the most they’ve scored in a game since 2006 against Temple, and most in a game in the PJ Fleck era.

"Workmanlike, squared. We did what we were supposed to do. It really doesn’t matter the opponent, the challenge of college football is being able to play your best football, week in and week out with every challenge around you being very loud. The internal has to be the loudest message," Fleck said after the win.

The Gophers have made life too interesting for themselves at times in non-conference play under Fleck. Not so on Saturday. Minnesota dominated from the opening kickoff and led 31-3 at the half. The Gophers put up 679 total yards, averaged more than 20 yards per completion and 8.8 yards per play. The Gophers ran for 307 yards on the day, averaging 5.9 yards per carry.

Fleck said after despite the Gophers being 37.5-point favorites, and heavy favorites for the second straight week, the result was about blocking out the external noise.

"We don’t want to listen to all that, and that’s the challenge to the players is making the internal message way louder than the external. We knew that when you looked at the film, we were going to have better players, but that doesn’t mean you’re going to win the game," Fleck said. "That’s football, that’s why you play the game, that’s why college football is so amazing. That’s what tough is all about, being able to control your mind and challenge yourself on a daily basis. That’s what tough is."

"It was a great play call. Got the perfect look for it, practiced it throughout the week. It was wide open down the sideline, just a really cool moment for me and Brev," Morgan said. "Guy works so hard and to be able to feed him that down there, it felt pretty good."

Morgan completed passes to eight different receivers Saturday. Chris Autman-Bell, Michael Brown-Stephens, Clay Geary and Spann-Ford all had at least three catches. Autman-Bell had five catches for 118 yards, all in the first half.

Athan Kaliakmanis came in and led his own touchdown drive, scoring on a sneak from 1-yard out to give the Gophers a 52-10 lead in the third quarter. He went 3-for-3 for 67 yards on the drive, with two completions over 20 yards.

Minnesota’s defense was just as dominant for the second straight week. The Gophers allowed 194 total yards, many in garbage time, just 36 on the ground and only six first downs. They also got an interception from safety Jordan Howden on a deep pass in the third quarter. Jalen Logan-Redding got the only sack of the game. The Gophers went nearly 75 straight minutes to start the season without allowing a point. The Leathernecks’ first points on Saturday came on a field goal late in the first quarter.

Western Illinois finished the day 1-for-13 on third down, and punted nine times. Minnesota’s defense allowed its first touchdown of the season on a 33-yard pass from Nick Davenport to Naseim Brantley with 4:26 to play, with second and third-string players in the game.

Most offensive and defensive starters were pulled late in the third quarter, giving reserves valuable playing time. Reserve running back Preston Jelen even got in on the fun with a rushing touchdown from 30 yards out in the fourth quarter.

Jelen, a Prior Lake native who missed all of last season with a torn ACL, worked with Autman-Bell in the offseason to make his way back.

"I love it, man. That one hit the heart. Seeing a guy like Preston Jelen work his butt off all year and finally getting his chance, it made my heart," Autman-Bell said.

The biggest workhorse of the day might have been Minnesota's mascot, Goldy the Gopher. He celebrates every point scored with push-ups for how many points the Gophers have at the time. Saturday, he did 353.

"I hope Goldy is super strong. Shout out to Goldy, he did his thing today," Autman-Bell said.

"You could tell he’s going to be very sore tomorrow," Howden said.