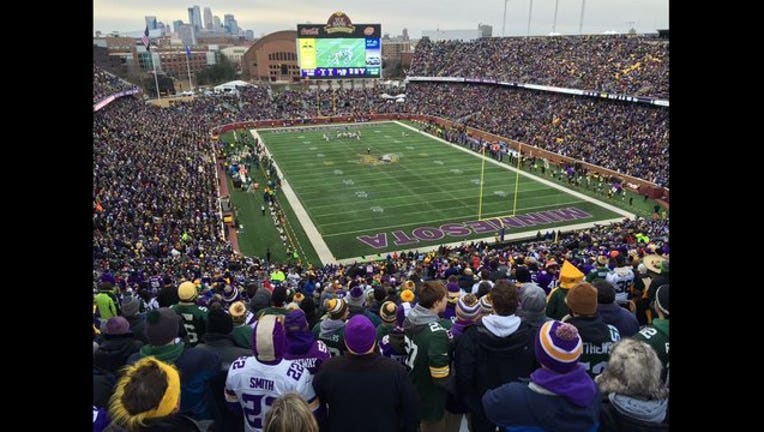 MINNEAPOLIS (KMSP) - The NFC North title game between the Minnesota Vikings and the Green Bay Packers at Lambeau Field has been flexed to primetime with kickoff slated for Sunday at 7:30 p.m. CT. Both clubs have clinched playoff spots, but Sunday night’s showdown will crown the division champion.

The winner will be the No. 3 seed in the NFC playoff and will start the playoffs at home on wildcard weekend. The loser will play on the road.

1. Vikings beat Green Bay Sunday, which means the Vikings are a lock to host the playoff game against the Seattle Seahawks in Minneapolis.
Why: Regardless of if Seattle wins or loses this weekend, Green Bay will hold the tiebreaker from their win over the Seahawks earlier this season. Green Bay will be the No. 5 seed and go to play in Washington against the Redskins.

2. Vikings lose to Green Bay, Seattle wins, which means the Vikings will play at Green Bay in the wildcard round.
Why: The Vikings would hold the No. 6 seed due to their loss to the Seahawks earlier this year. Seattle would play at Washington.

3. Vikings lose to Green Bay, Seattle loses, which means Vikings earn the No. 5 seed and play at Washington.
Why: The Vikings would have a better record than Seattle, who would then play at Green Bay in the first round of the playoffs.

...we'll throw in a fourth scenario, in case the Vikings and the Packers tie. If that happens, Vikings will be the No. 5 seed and play at Washington.