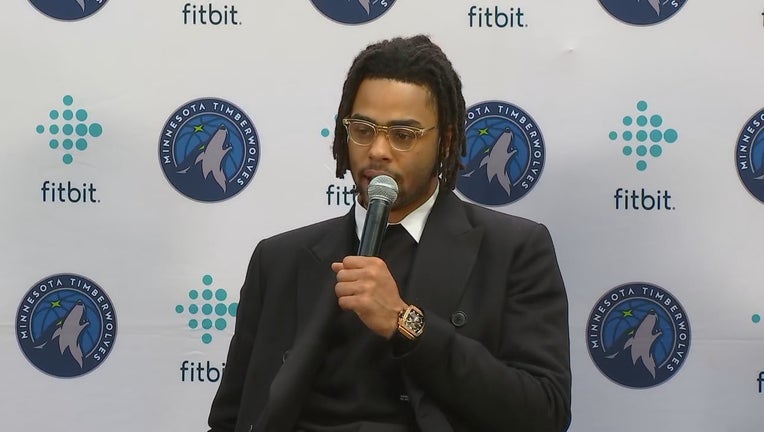 MINNEAPOLIS - The Minnesota Timberwolves announced Tuesday morning that their newest star will represent the franchise at the NBA Draft Lottery Thursday night.

The Wolves will have point guard D’Angelo Russell in their chair is they learn their fate for the 2020 NBA Draft, which was pushed back to Oct. 16 due to the COVID-19 pandemic. Russell came to the Wolves before the NBA trade deadline last season as part of a massive roster overhaul by Gersson Rosas and the front office.

“I’m honored to represent the Timberwolves at this year’s draft lottery," said Russell. "We are excited about what we are building in Minnesota and look forward to continuing the progress with the lottery and in the draft.”

The Wolves were 19-45 when the NBA suspended the season on March 11 due to the COVID-19 pandemic, and they were not invited to the Orlando bubble when the season resumed.

The Wolves enter Thursday night tied for the best odds with the Golden State Warriors and Cleveland Cavaliers, with a 14 percent chance of obtaining the first overall draft choice. Karl-Anthony Towns (2015) was the most recent Timberwolves player to be selected No. 1 overall, in the 2015 draft. The Wolves also own the 17th overall pick. It marks the seventh time in franchise history the Wolves have had multiple first round picks.

Minnesota also has the No. 33 overall pick in the second round. The NBA Draft Lottery will start at 7:30 p.m. Thursday and be broadcast on ESPN.