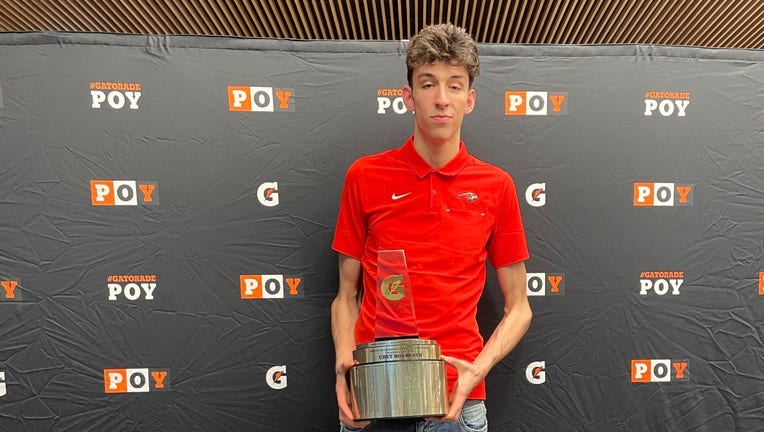 MINNEAPOLIS - Chet Holmgren and Jalen Suggs were high school teammates and stars at Minnehaha Academy. Soon, they could be teammates again in the NBA.

Holmgren, a 7-1 center, recently declared for the NBA Draft after a standout season with the Gonzaga Bulldogs. He’s a lock to be a lottery pick in the draft next month. Tuesday night, the NBA held its draft lottery, and the Orlando Magic received the No. 1 overall pick.

Holmgren’s former teammate and one of his best friends since childhood, Suggs, is a point guard for the Magic. He played in 48 games, starting 45, as a rookie and averaged 11.8 points, 4.4 assists, 3.6 rebounds and 1.2 steals per game.

In one season with the Bulldogs, Holmgren averaged 14.1 points, 9.9 rebounds and 1.9 assists per game. He’s got company at the top of the NBA Draft board, along with Paolo Banchero of Duke and Jabari Smith of Auburn.

Both Suggs and Holmgren are former McDonald’s All-Americans. Holmgren went to Gonzaga as the No. 1 overall recruit in the Class of 2022. We’ll find out in a little more than a month if they become teammates again at the highest level of basketball in the world.