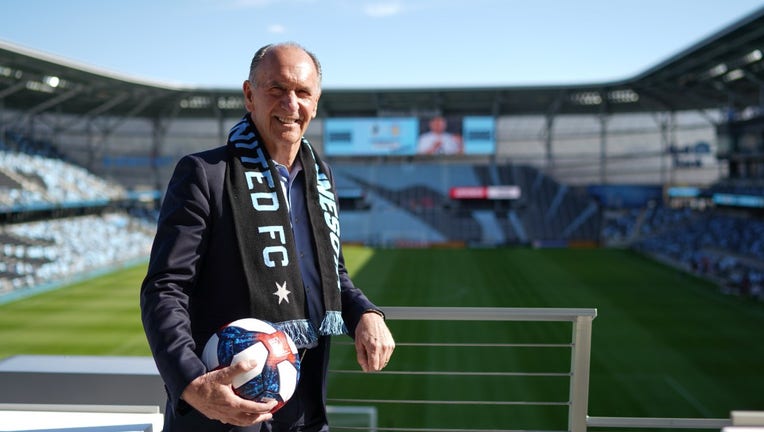 MINNEAPOLIS - Minnesota United officials announced on Monday that Chris Wright will step down as the club’s CEO at the end of the 2021 season.

Wright came to the Loons in the fall of 2017 after more than two decades in leadership positions with the Minnesota Timberwolves and Lynx. In a statement, Minnesota United managing partner Bill McGuire said a joint timeline was set when Wright started to have him as CEO for three to four years to build a foundation in the Twin Cities sports market.

That included bringing the team into its new home in 2019, Allianz Field in St. Paul.

"A new home for the team in Saint Paul stood at the top of our to-do list, but the work included addressing many challenges that were necessary to establish Minnesota United as a going concern. They have been successfully met," McGuire said.

Wright, a former professional soccer player himself, came to Minnesota from England to work in the Major Indoor Soccer League, where he became the general manager of the Minnesota Strikers.

The Loons opened Allianz Field in 2019, and last year won their first Major League Soccer home playoff game. Wright also led a front office that helped the franchise get to the Western Conference Finals last year for the first time in franchise history.

"This has been an amazing period in my own professional journey, as I started my career in soccer and have ended it helping build a club that I love, in a community that I love," Wright said.

Minnesota United started 2021 season 0-4 before getting points in seven straight matches. That streak ended in a 2-0 loss at Colorado Rapids last Wednesday night.

Team officials say a new CEO will be announced in the next month.