(FOX 9) - Turning his back on his old team, former Minnesota Vikings quarterback Brett Favre told TMZ he is picking the Green Bay Packers to win the NFC North. 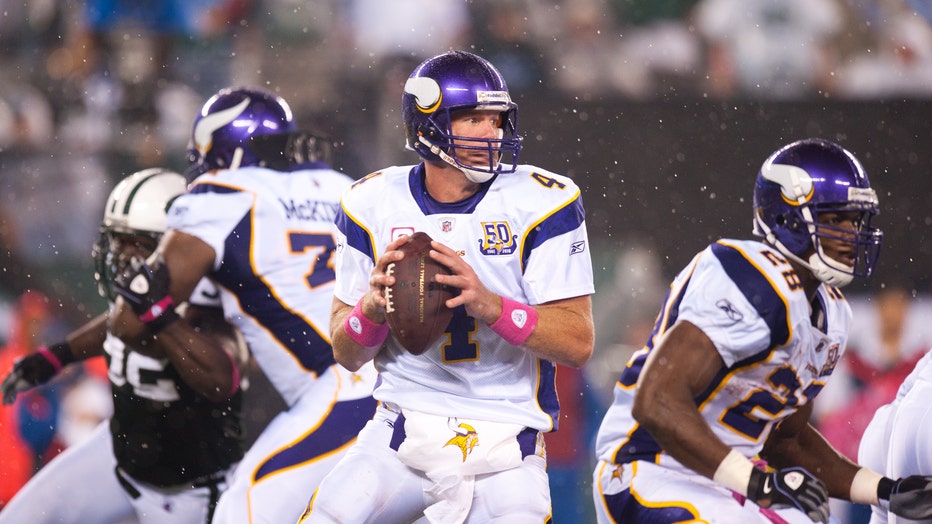 EAST RUTHERFORD, NJ - OCTOBER 11: Brett Favre #4 of the Minnesota Vikings looks to pass against the New York Jets on October 11, 2010 at the New Meadowlands Stadium in East Rutherford, New Jersey.The Jets defeated the Vikings 29 to 20. (Photo by Rob

Farve, who in two season with the Vikings went 17-12, said his old rivals will “surprise some people,” before going on to say, “I tend to think they (the Packers) will slip in there and win the division.”

It is unclear why Farve would turn his back on his beloved team he took to the 2009 NFC Championship Game, but the video doesn't lie.

The Vikings faithful haven’t been this mad at their old quarterback since he threw across his body in the Super Dome.