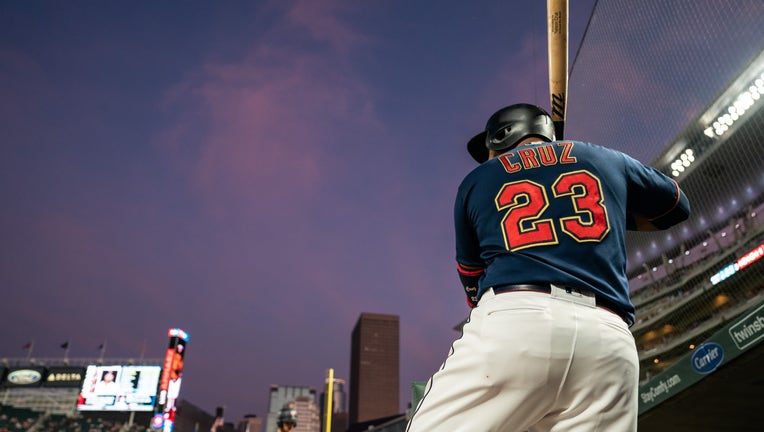 MINNEAPOLIS, MN - SEPTEMBER 18: Nelson Cruz #23 of the Minnesota Twins looks on against the Chicago White Sox on September 18, 2019 at the Target Field in Minneapolis, Minnesota. (Photo by Brace Hemmelgarn/Minnesota Twins/Getty Images)

MINNEAPOLIS - The Minnesota Twins made it official on Wednesday, announcing they’ve signed Nelson Cruz to a one-year deal to be their designated hitter for the 2021 season.

"The Boomstick" reportedly agreed to a $13 million deal with the Twins last week, and posted a video to Instagram a few days ago that he was back in Minneapolis and in the team’s clubhouse at Target Field.

"I’m back. I’m where I want to be, with the Twins and with this amazing organization," Cruz told reporters on Wednesday via Zoom.

Cruz, 40, will return for his third season with the Twins as a designated hitter, having helped lead Minnesota to American League Central Division titles in his first two seasons with the franchise. Cruz came to the Twins in 2019, and in 120 games, hit .311 with 41 homers, 26 doubles and 108 RBI.

Cruz has been an integral piece of the Twins’ "Bombasquad," having helped lead the Twins to Major League Baseball’s home run record of 307 in 2019, and has been a key figure in the clubhouse since his arrival two years ago. His addition to the lineup has made the Twins' offense one of the best in baseball the last two seasons.

He’s a six-time All-Star and is entering his 17th major league season.