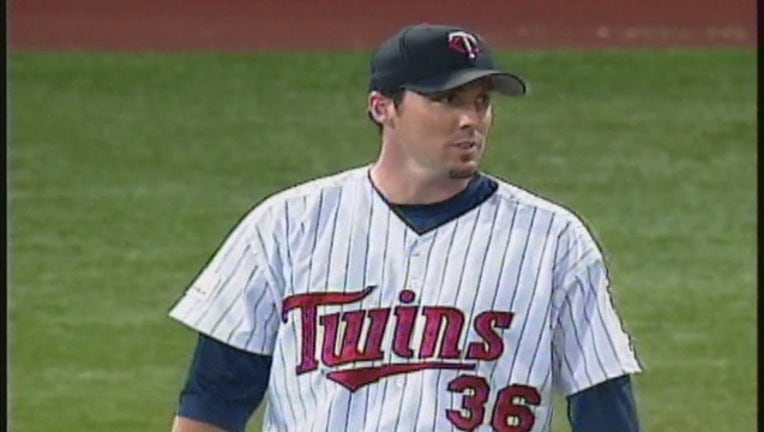 MINNEAPOLIS (FOX 9) - Jerry Bell and Joe Nathan now both know it to be true: When the Twins give you a call in the middle of January, it’s most likely good news.

Bell and Nathan were announced Friday as the newest members of the Minnesota Twins Hall of Fame. It’ll be official at an induction ceremony in early August at Target Field. They will become the 32nd and 33rd members.

They both got the call earlier this month from Twins President Dave St. Peter and former player Rod Carew that they were selected for the prestigious group. Both spoke to the public and media at the Twins luncheon, ahead of TwinsFest this weekend.

“Any chance you get to speak with Rod and just be around him, so much respect. So when he got on the phone I knew something good was about to happen,” Nathan said.

Bell became the third president of the Minnesota Twins in 1987 and was a part of both World Series runs. He’s probably most known for his efforts not only to keep the Twins in Minnesota, but reviving outdoor baseball in downtown Minneapolis.

He led a group that worked tirelessly with the Minnesota Legislature to make Target Field a reality. The bill to fund the stadium passed in 2006, and the ballpark opened in 2010. It’s been widely considered one of the best in Major League Baseball ever since.

Bell was asked how often he thinks about that day in 2006 when visions of the new ballpark became reality.

“Just about every time I come here. The 34 was a significant number because Kirby had died and worked hard on helping us try to get the ballpark. The fact that there were 34 votes in the Senate, I thought, was quite meaningful,” Bell said.

Nathan’s path to the Twins is an example of the business side of the game. The Twins traded catcher A.J. Pierzynski to the San Francisco Giants for Nathan, Francisco Liriano and Boof Bonser.

Nathan spent seven years with the Twins and was their closer for three American League Central Division titles. He finished with a 24-13 record, a 2.16 earned run average, 560 strikeouts and just 134 walks. He also earned a club record 260 saves in 460 appearances. He was a four-time All-Star with the Twins.

His most memorable moment as a Twins pitcher? He says it was 2009, Game 163 against the Detroit Tigers. They won in 12 innings to earn the division title. Nathan pitched the eighth and ninth innings of that game, holding the Tigers scoreless.

“I always say that was probably the best game I’ve ever been a part of. That was one of those games where it seemed like from the first inning all the way through to the 12th, it seemed like it was two outs, two strikes in the ninth inning,” Nathan said. “Definitely loud the whole time and the way that game played out was just incredible.”

Nathan was with the Twins through the 2011 season and spent 16 years in the big leagues.

Other notes to come out of the Twins Luncheon: