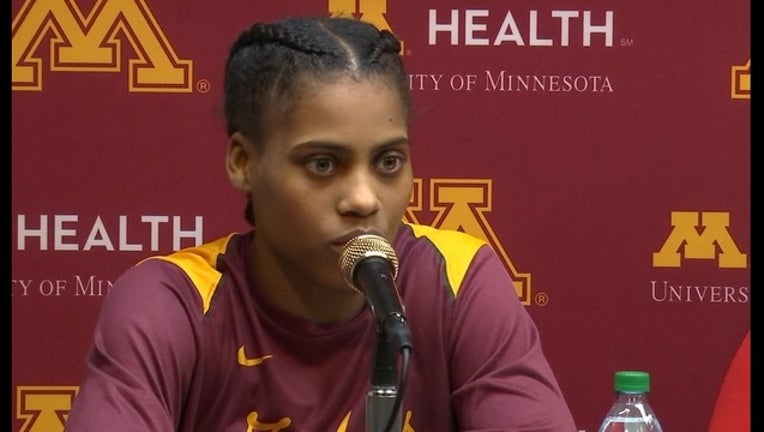 MINNEAPOLIS (FOX 9) - Gophers senior guard Kenisha Bell is one of 15 players named to the midseason watch list for the Naismith Defensive Player of the Year.

The Minneapolis native is one of three Big Ten players named to the list. She’s also one of three guards selected.

Bell leads the Big Ten with 39 steals and leads the conference in steals per game at 2.05. She’s had at least one steal in 16 of 19 games and has had multiple steals in 12 games. Bell recorded a season-high six steals in a win over Air Force.

She’s also become one of the Gophers’ top overall players. Bell is averaging 18.8 points per game to lead Minnesota. She’s third on the Gophers with 5.8 rebounds per game and leads the team with 4.3 assists per game.

Bell is fifth in the nation and leads the Big Ten with 150 free-throw attempts. She’s seventh in the country and second in the conference with 102 free throws made.