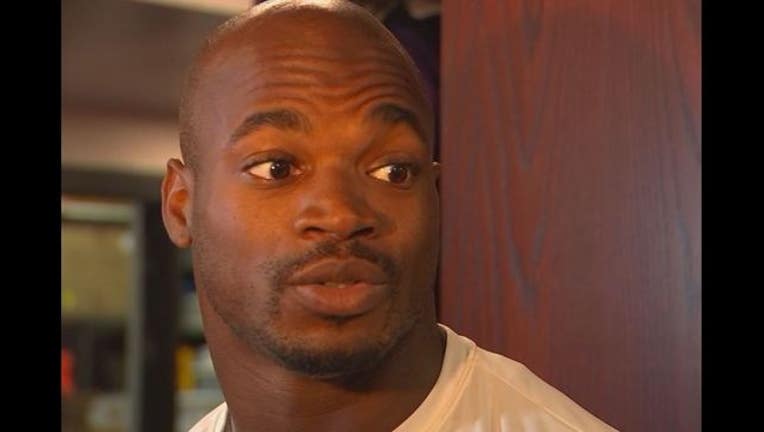 MINNEAPOLIS (KMSP) - Minnesota Vikings running back Adrian Peterson said Wednesday he is close to returning to live action, but he will not play this season if the team is out of the playoff picture. Peterson ran sprints at Winter Park last week, and head coach Mike Zimmer said he appeared to be ahead of schedule in his recovery from a torn meniscus.

"Obviously, if we lose two games, we're out. So we'll just play it by ear," Peterson said.

The Vikings (6-6) are two games back of the Detroit Lions for the NFC North lead and one game back of the Tampa Bay Buccaneers for the final NFL Wild Card spot.

Peterson underwent surgery for a full meniscus repair on Sept. 22 – a procedure with a typical recovery period of 3 to 4 months. Peterson was injured in the third quarter of the team’s Week 2 win over the Green Bay
Packers.

The Vikings have, statistically, the worst rushing attack in the NFL. Jerick McKinnon leads the team with 357 yards rushing, and Matt Asiata has 317 yards on the ground.