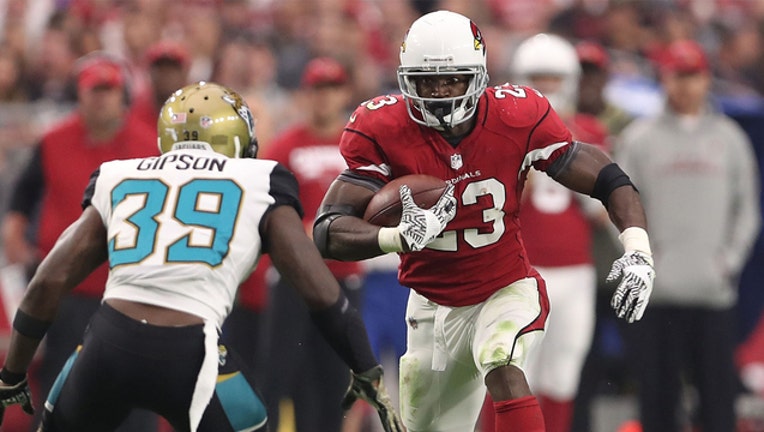 Adrian Peterson #23 of the Arizona Cardinals rushes the football in the first half at University of Phoenix Stadium on November 26, 2017 in Glendale, Arizona. (Photo by Christian Petersen/Getty Images)

WASHINGTON - Running back Adrian Peterson has signed with the Washington Redskins, the team announced Monday afternoon.

The signing of the 33-year-old running back comes as the team looks to add depth at the position following several key injuries, including a season-ending injury to 2018 second round draft pick Derrius Guice.

Peterson, who was suspended in 2014 after he was charged with child abuse, ranks No. 12 on the NFL’s all-time rushing list with 12,276 yards. He needs 37 yards to pass Jim Brown.

Peterson made seven Pro Bowls in 10 seasons with the Minnesota Vikings. Last year, the Vikings declined to exercise his option, making him a free agent. He signed a two-year deal with the New Orleans Saints before being traded to the Arizona Cardinals in October. The Cardinals released him following the season. He finished with 529 rushing yards and two touchdowns in 2017.

The four-time All-Pro running back won the NFL MVP back in 2012.

The Associated Press Contributed to this report.