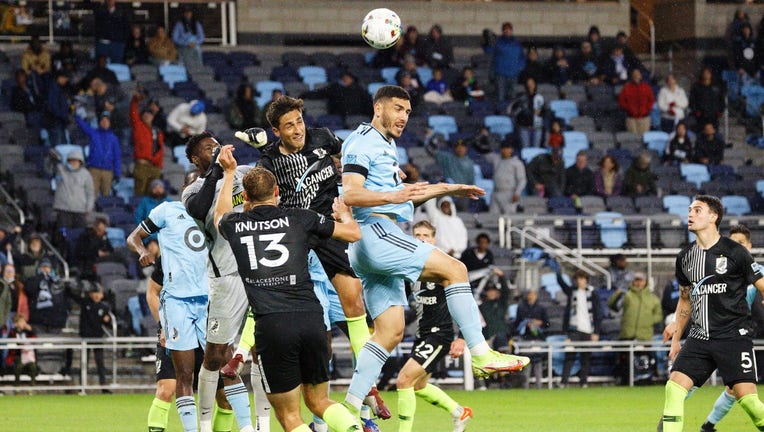 MINNEAPOLIS - Adrian Heath had strong words after Minnesota United lost to 2-1 to Union Omaha Wednesday night at Allianz Field to be knocked out of the U.S. Open Cup before the quarterfinal round.

Three years ago, the Loons got to the U.S. Open Cup final. On a cool and damp night at Allianz Field, Minnesota United was upset by the defending USL League One champion, a third division team. Heath called the loss "embarrassing."

"The game is littered with it all over the world, Premier [League] clubs getting beat by fourth-division clubs and invariably it's because you don't approach the game better. I've been the underdog. If you don't approach the game properly, these are professional kids who for some of them this might be the biggest game they ever play," Heath said. "They played like it might be a huge game for them and we didn't."

The Loons got the first goal of the night in the sixth minute from Adrien Hunou, but Union Omaha tied it before the end of the first half with a goal in stoppage time. They added the game-winner early in the second half.

Despite a flurry of chances late, including a strike off the crossbar from D.J. Taylor, the Loons couldn’t get the equalizer. Minnesota United played the game with at least four regular starters out due to either injuries or rest. The Loons needed the urgency they had in the final 20 minutes from the opening kickoff.

The 2022 season hasn’t started how the Loons have wanted. They’re 5-5-3 and in ninth in the Western Conference at 18 points. The Loons host New York City on Saturday.