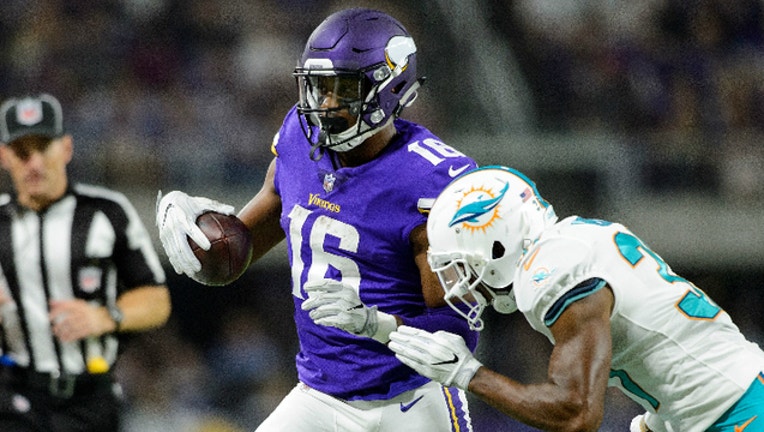 MINNEAPOLIS, MN - AUGUST 31: A.J. Hendy of the Miami Dolphins pushes Cayleb Jones #16 of the Minnesota Vikings out of bounds in the preseason game on August 31, 2017. (Photo by Hannah Foslien/Getty Images)

EAGAN, Minn. (KMSP) - Another Minnesota Vikings player will be sidelined for the first four regular season games this year.

Minnesota Vikings wide receiver Cayleb Jones is suspended for violating the NFL's performance-enhancing substances policy, according to a statement from an NFL spokesperson.

Jones and Brothers are both suspended without pay for the first four games. They are able to participate in offseason and preseason practices and games. They can return to the active roster on Friday, September 28 after the Vikings' game against the Los Angeles Rams.