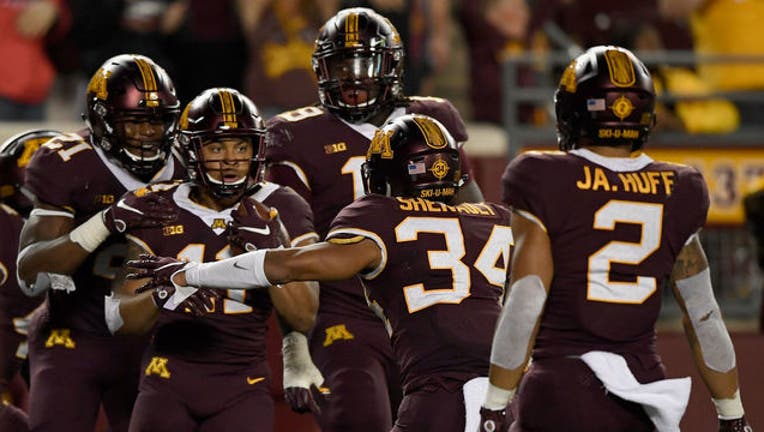 The Minnesota Golden Gophers congratulate teammate Antoine Winfield Jr. #11 on an interception in the end zone against the Fresno State Bulldogs during the fourth quarter of the game on September 8, 2018. (Photo by Hannah Foslien/Getty Images)

For his late-game heroics, defensive back Antoine Winfield Jr. earned Co-Defensive Player of the Week.

His interception in the end zone with 2:10 to play in the game sealed the Gopher victory.

The Special Teams Player of the Week honors went to Emmit Carpenter, who nailed two field goals of over 50 yards. Carpenter added on extra point en route to winning the award for the third time in his college career.