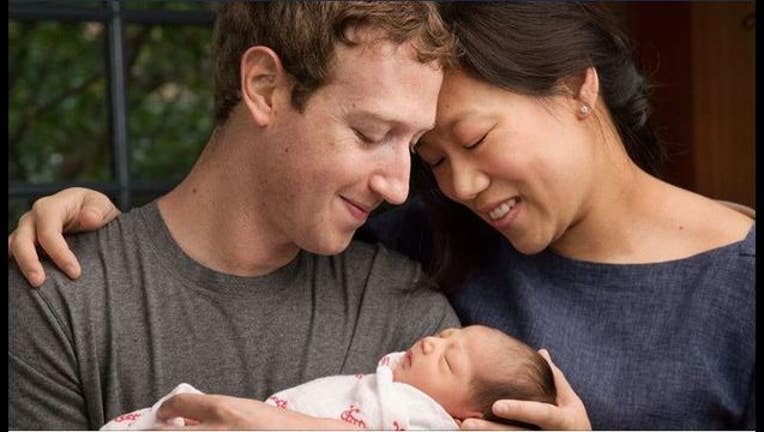 SAN FRANCISCO (AP) -- Facebook CEO Mark Zuckerberg and his wife announced the birth of their daughter Max as well as plans to donate most of their wealth, or roughly $45 billion, to a new organization that will tackle a broad range of the world's ills.

Zuckerberg's wife, Priscilla Chan, gave birth last week to a baby girl. The couple didn't put out the news until Zuckerberg posted it Tuesday on -- of course -- Facebook.

In the same post, Zuckerberg said he and Chan will commit 99 percent of their Facebook stock to such causes as fighting disease, improving education, harnessing clean energy, reducing poverty and promoting equal rights. They are forming a new organization, called the Chan Zuckerberg Initiative, to pursue those goals.