Deputies with the Wright County Sheriff’s Office fatally shot a man who they say was "having mental health challenges" and allegedly threatened them with a knife early Sunday morning. But his family is now questioning the circumstances that led up to this death, and whether or not they could have been prevented.

OTSEGO, Minn. (FOX 9) - Deputies with the Wright County Sheriff’s Office fatally shot a man who they say was "having mental health challenges" and allegedly threatened them with a knife early Sunday morning.

The sheriff's office said deputies were dispatched to the 12000 block of 72nd Court NE just before 1 a.m. for reports of a man who was threatening to harm himself and his family. When law enforcement arrived, they spoke to the man who they say initially agreed to go to the hospital for an evaluation, according to a press release.

Deputies said while they were waiting for the ambulance, the man ran into the kitchen, grabbed a knife and ran from the home. Squads set a perimeter in the neighborhood and called in the Minnesota State Patrol helicopter to help with the search.

Shortly after, the sheriff's office said the man armed with a knife confronted the deputies in a neighboring backyard. Two deputies attempted to Tase him but were unsuccessful. At that point, investigators say the man threatened them with the knife, and two deputies fired shots, hitting the man.

After the shooting, the man was rushed to North Memorial Hospital, where he later died.

The deputies involved in the fatal shooting were placed on administrative leave, which is standard procedure, according to the sheriff’s office.

The Minnesota Bureau of Criminal Apprehension is investigating the incident. 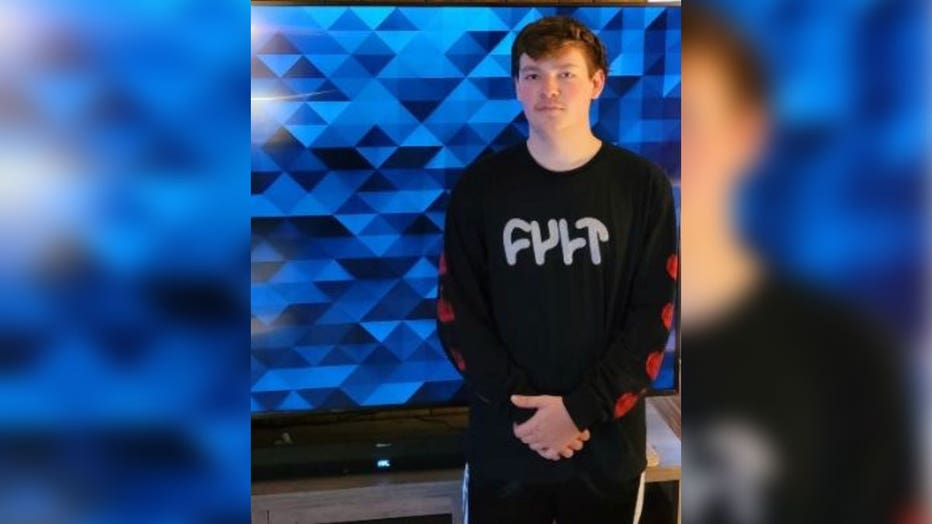 Twenty-one-year-old Jordan Hansen was identified by family as the man killed in Wright County. (Supplied)

FOX 9 is told Hansen was from Faribault but was living with an uncle in Otsego, Minnesota in recent months since getting out of rehab for substance abuse issues.

The family says he was living with his uncle to get a fresh start and had been sober for about a year, saying Hansen has struggled with mental health and substance abuse issues for several years.

The family also questions how Hansen was able to get into the kitchen to get a knife. They say he was in his room for most of the interaction. They wonder if the deputies were properly equipped to handle a mental health call.