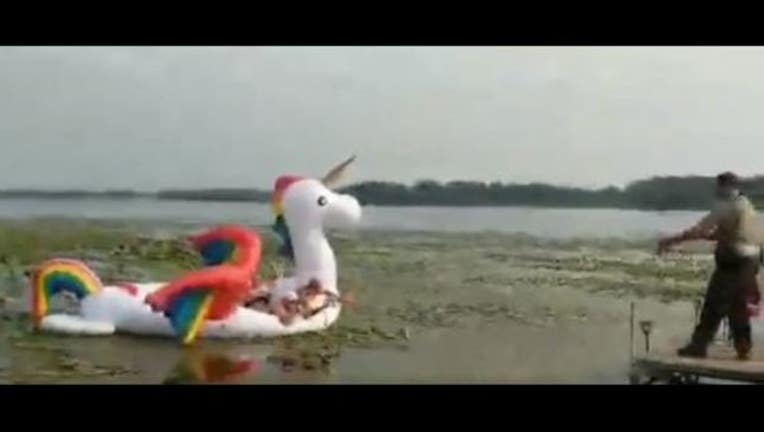 STARK, Minn. (KMSP) - Two sheriff’s deputies made an unlikely aquatic rescue Saturday after a group of women were stranded on a rainbow unicorn on a lake in Chisago County, Minnesota.

The two Chisago County deputies were driving by Fish Lake near Stark when they observed a group of five women floating in a large, inflatable rainbow unicorn.

The duo pulled their squad car over and asked the women for a picture. However, the deputies noticed a woman was stuck in the lake’s thick weeds.

One deputy filmed while the other grabbed a rope to throw to the stranded women.

“With a handful of laughs and some mad rescue roping skills they were pulled back to the dock!” they wrote in a tweet.