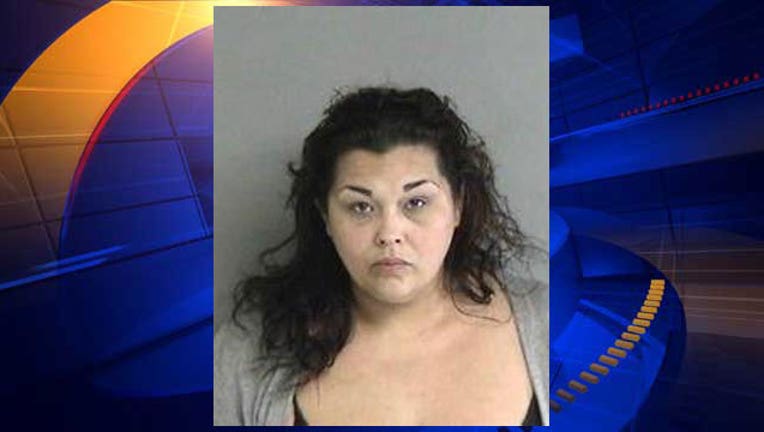 OAKLAND, Calif. (BCN) - A woman wanted for leaving her 11-year-old daughter behind at a Target store after being confronted for shoplifting has been arrested, according to authorities.

Rosalina Medina, 34, was being sought for an incident reported at 10:06 a.m. on Nov. 24 at the Target store off Serramonte Boulevard, according to police.

Security guards at the store told police they saw a woman and a child concealing items in a shopping bag. The guards confronted the two as they were exiting the store with stolen merchandise, police said.

The woman, later identified as Medina, told the officers they couldn't arrest her daughter because she was only 11 years old. As an officer attempted to detain the girl, Medina allegedly told her to fight the officers and run, police said.

The girl bit one of the guards on the shoulder, and Medina left the store with her infant daughter and left the 11-year-old behind, police said.

Child protective service officials were called and took custody of the 11-year-old.

Medina was taken into custody at a Denny’s restaurant in Oakland on Thursday. Also arrested in the course of the investigation was Marques Lewis, a 26-year-old male from Pacifica, and Angelica Reed-Medina, a 27-year-old female from Oakland.

All three subjects were transported and booked in the San Mateo County Jail in Redwood City.