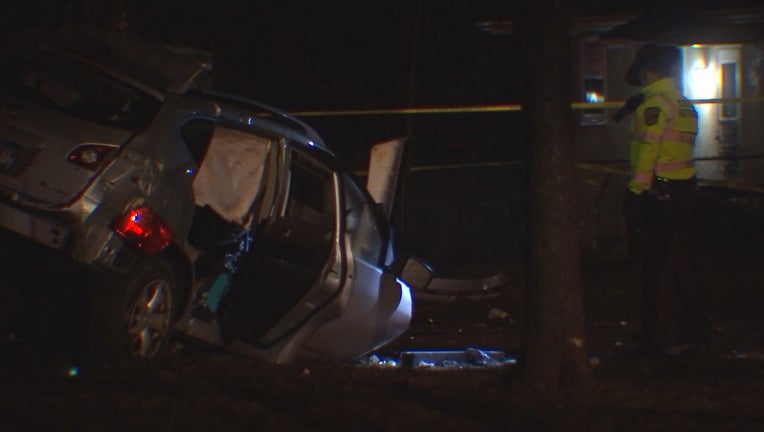 MINNEAPOLIS (FOX 9) - A driver is dead after she slammed into a tree along Olson Highway in Minneapolis Saturday night.

At the scene, first responders found a vehicle wrapped around a tree. The female driver, the vehicle's sole occupant, was dead.

The early investigation indicates that the vehicle was headed east on the highway before going off the road, hitting a fire hydrant before smashing into the tree.

Police do not believe another vehicle was involved in the wreck, but they are reviewing video. At this time, it's not clear what caused the vehicle to go off the road.

Her identity has not yet been released.