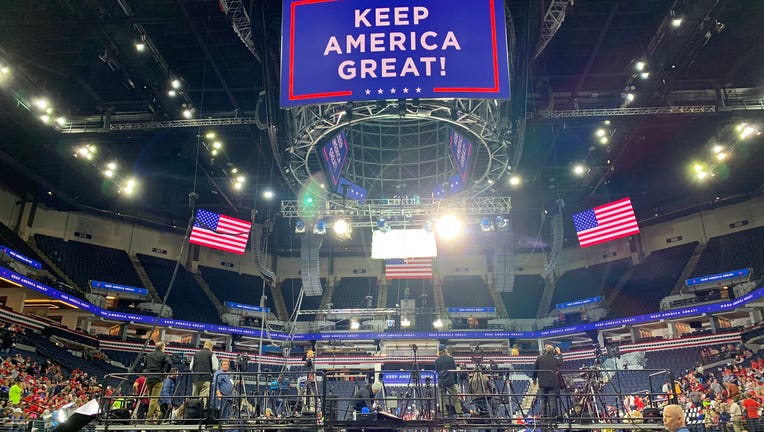 MINNEAPOLIS (FOX 9) - As President Donald Trump prepares to board Air Force One headed for Minneapolis, Target Center is ready, inside and outside, for his rally and any related protests downtown.

Inside the building, Target Center is decked out in “Make America Great Again” and “Keep America Great” slogans. His rally is scheduled to start at 7 p.m. Thursday night.

With thousands of protesters and Donald Trump supporters expected downtown Thursday night, Minneapolis Police have erected barricades around the area.

Outside the building, Minneapolis Police has erected barricades surrounding the building and has increased bicycle and horse-mounted patrols in the area.

The doors to Target Center open at 4 p.m. Thursday. Currently, the line of rally hopefuls extends through the skyways and outside of Ramp C near Target Field.

After repeated calls from people in line, the city officials clarified that port-a-potties near Target Center are the responsiblity of the Trump Campaign and not the city of Minneapolis.