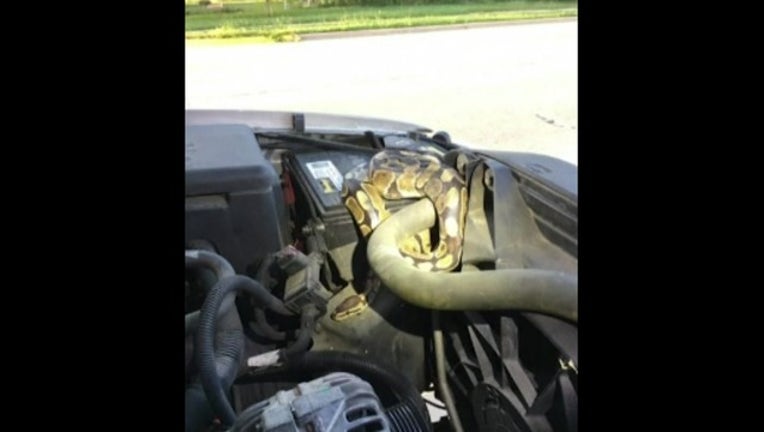 OMRO, Wisconsin (KMSP) - A driver in Wisconsin discovered a reptile to blame for her car trouble.

The woman and her son were driving in Omro, Wisconsin when they pulled over and looked under the hood.

Inside, they found a four-foot python that had wrapped itself around the car's engine.

Keller has rescued hundreds of snakes over the years, and says this one was a ball python that was probably drawn to the heat.

It took several hours to unwind the snake from the engine.

The snake had escaped from its owner more than a month ago.

Unfortunately for the owner, it's illegal to own a ball python in Omro, earning him a more than $300 fine.