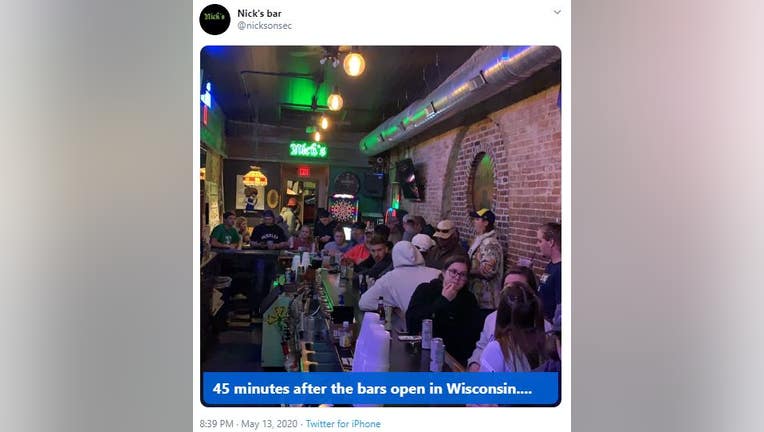 A photo of a packed bar in Platteville, Wisconsin less than an hour after the state Supreme Court struck down its "Safer at Home" order is going viral on Twitter. (@nicksonsec/Twitter)

In a 4-3 decision, the state’s Supreme Court ruled the “Safer at Home” order was invalid, saying the governor’s administration overstepped its authority when Health Secretary Andrea Palm extended it to May 26. The order was thrown out, effective immediately, lifting restrictions on bars, restaurants, stores and social gatherings.

A picture showing a packed Nick’s Bar in Platteville Wednesday night is making the rounds on Twitter. According to the tweet, the photo was taken less than an hour after the court’s ruling came down.

There was a similar scene at Andy’s Pub and Grub in Oshkosh, where all it took was a simple Facebook post saying “We’re open” for customers to start pouring in, FOX 11 WLUK reported. 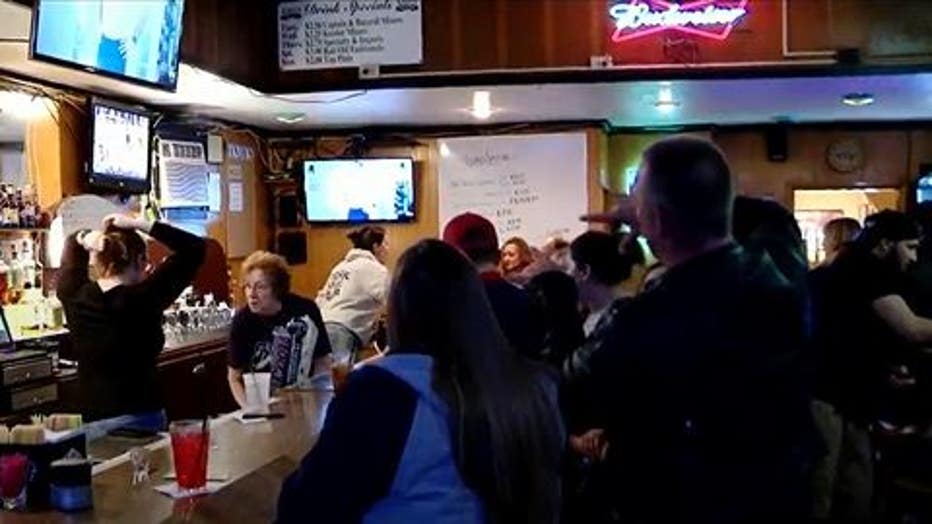 The Tavern League of Wisconsin, which had been pushing for bars to reopen for weeks, told its members bars could “open immediately".

However, local governments can still impose their own stay-at-home restrictions. The state’s two largest counties, Milwaukee and Dane, have already issued their own versions of the “Safer at Home” order, which will be in effect for at least the next week.