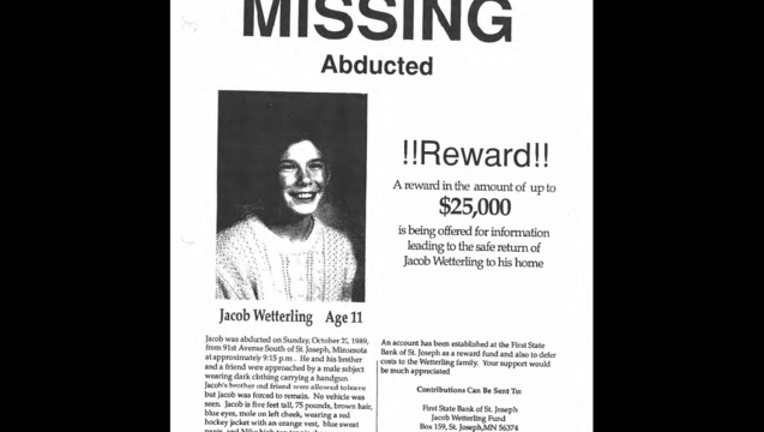 ST. CLOUD, Minn. (KMSP) - The release of the Jacob Wetterling case files Thursday showed leads that got investigators nowhere including everything from psychics to witchcraft.

In the release were many clues investigators ignored in the case, but more unusual were a number of strange paths they did take.

For instance, on Oct. 24, less than 48 hours after the abduction, there was contact with psychics in the search for Jacob Wetterling.

According to Stearns County Sheriff Don Gudmunson, the psychic contacts occurred even before detectives had a thorough canvas of the neighborhood in St. Joseph.

The bizarre leads don't end there.

Detectives apparently investigated these tips, too.

A task force did check out every sex offender in Minnesota and many others in the Dakotas, Iowa and Canada.

“On the other hand, checking out exposers, peeping Toms, male-on-female attacks, cross dressers, people included in Stillwater at the time of the abduction, someone who died two years ago, and men in their 70s an 80s, was clearly a waste of resources,” Gudmundson said.

According to the Sheriff, there are large gaps in the thousands of pages of documents, which he says were from when the FBI was running the case.

There are thousands of pages of unnecessary, redundant, detailed, and ultimately meaningless reports about trivia like the kind of pizza ordered, movies watched, or large amounts of toilet tissue ordered.

In this case, too many cooks spoiled the broth, the soup, the stew, or in Minnesota, the casserole.

The Sheriff said simply Thursday that the right hand didn't know what the left hand was doing and that there were trust issues between detectives from different departments, saying a lot of man power was "squandered" right from the start.