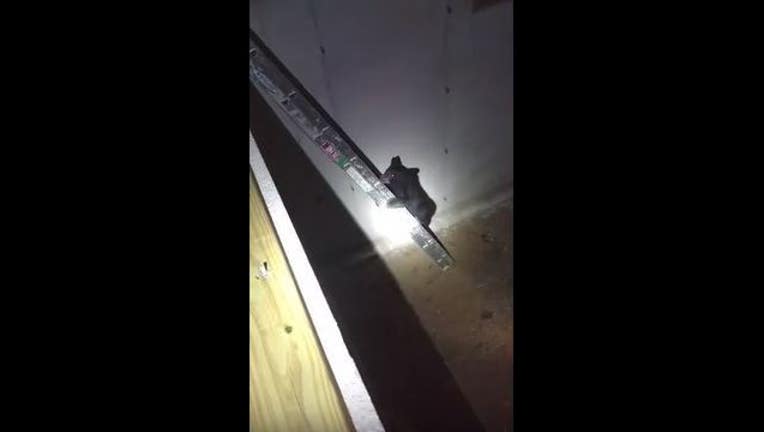 Photo courtesy of the Wisconsin DNR

At 1:15 a.m., Wisconsin DNR Warden Dave Walz was called to a home in Eagle River on a report of a crying bear cub that had found its way into a newly constructed open basement. Walz and the owner of the home used a ladder to coax the bear out of the basement.

The bear cub was reunited with its mother and other cubs.