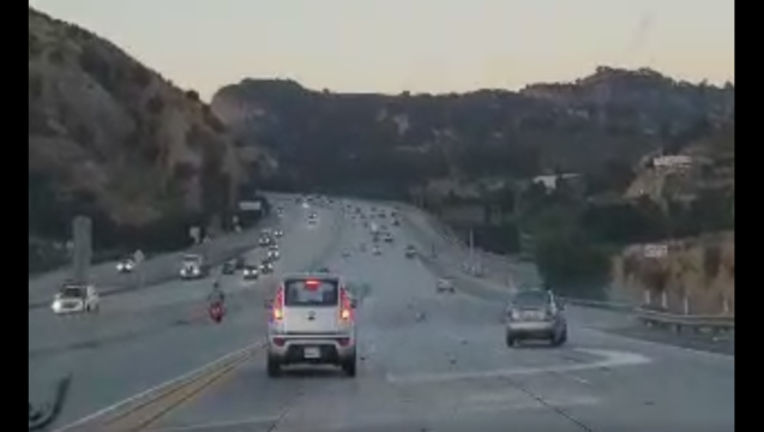 The video was posted to Facebook showing a crash that appears to be caused by road rage on the 14 Freeway.

The video appears to show a car and motorcyclist getting involved in some kind of altercation in the carpool lane.

The motorcyclist kicks at the car when it gets close. The driver of the car then slams into the center divider before going back into traffic, hitting a truck and causing the truck to flip.

California Highway Patrol is investigating and looking for the motorcyclist, who drove away after the crash.

CHP officials say the driver of the silver sedan and the truck were injured, but both are expected to be OK.

The motorcyclist could face charges of leaving the scene of an accident.