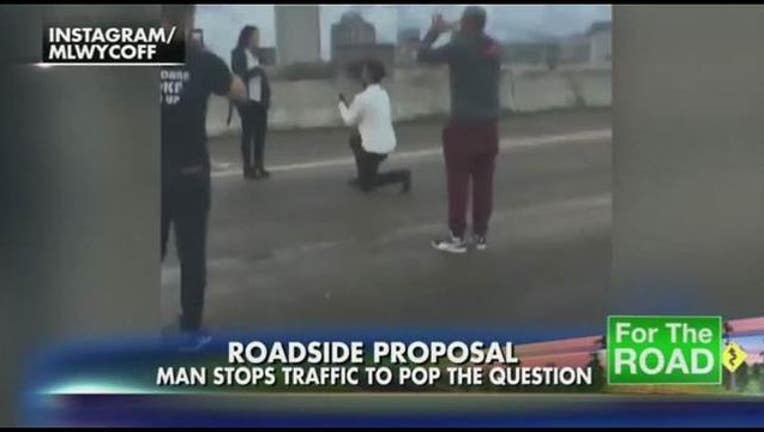 A man proposed to his girlfriend in the middle of one of the busiest interstates in the country, causing a huge traffic pileup.

The couple's family and friends all stopped to catch the special moment on I-45 in Houston.

The boyfriend can be seen bending down on one knee. You can't hear the woman say "yes" over the sound of horns blaring. The camera pans over the honking, queued-up cars as the couple embraces.

The man was charged Tuesday with obstructing a roadway, a Class B misdemeanor punishable by up to six months in jail and a fine of up to $2,000.

More on this story on FOX News.