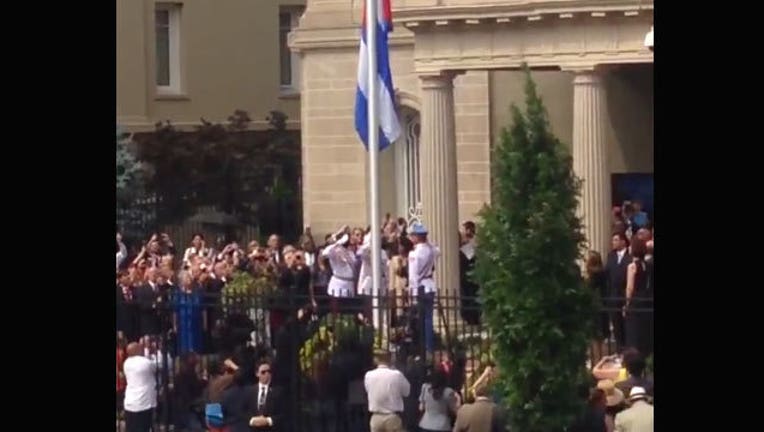 The Cuban flag was raised in the lobby of the U.S. State Department in Washington, D.C. on Monday, as the United States and Cuba formally restored diplomatic ties. The flag-raising was part of a day of events to mark the opening of the Cuban embassy in the nation’s capital.

The U.S. embassy in Havana was also set to formally reopen on Monday.

“The opening of the Cuban embassy in Washington, DC, marks an important step in modernizing our relationship with Cuba after more than 50 years of isolation,” said Sen. Amy Klobuchar (D-Minn.). “This evolution in our relationship with 11 million people 90 miles off of our shore was long overdue, and it is now time to not only open our own fully equipped and staffed embassy in Havana, but to lift the trade embargo once and for all. Passing my bipartisan bill to lift the embargo would benefit the people of both of our countries by boosting U.S. exports and allowing Cubans greater access to American goods."