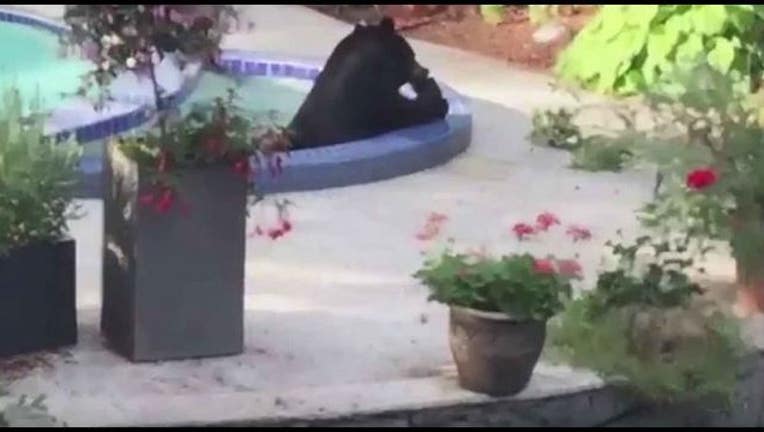 A couple from North Vancouver, British Columbia captured video of a black bear lounging in their backyard pool and then sliding over into a hot tub on Monday afternoon.

The relaxed bear appears to be enjoying some down time and even helps itself to some bird feed. A yellow tag can be seen attached to its left ear, likely placed there by wildlife officials.

The couple told a Canadian television network that the bear soaked itself for 15 minutes before leaving through a hole it had created when it knocked down the couple's fence to get inside.