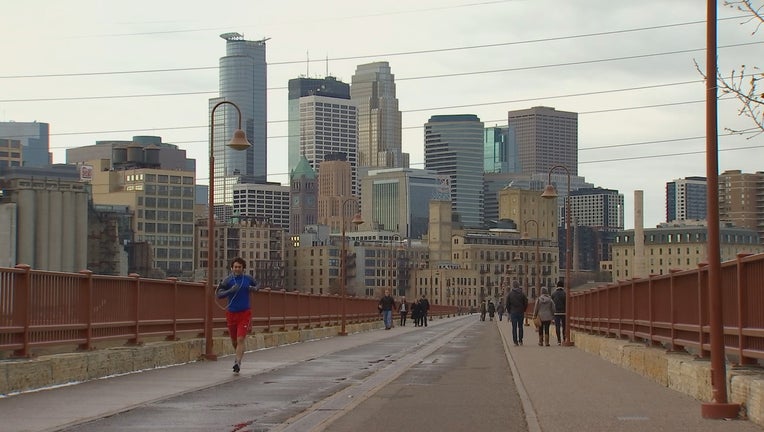 The Stone Arch Bridge, in downtown Minneapolis, is one of the city's most recognizable landmarks open only to pedestrians.

MINNEAPOLIS (FOX 9) - A passenger vehicle was recently spotted on the Stone Arch Bridge in Minneapolis.

The popular pedestrian bridge for walkers and bicyclists in Minneapolis is one of the city’s most recognizable landmarks.

A passenger vehicle was recently spotted on the Stone Arch Bridge in Minneapolis.

There are signs at the bridge saying it is for Parks and Recreation Department vehicles only, but earlier Wednesday, a video posted on social media showed a driver passing through anyway.

A Minneapolis Parks and Recreation Spokesperson said the video showing the car taking a detour over the bridge Wednesday morning was "concerning."

"I have no idea what would prompt somebody to drive on the Stone Arch Bridge," said Dawn Sommers, the spokesperson. "I don’t know if it’s related to nearby closures or just a confused driver."

The normally packed bridge was empty at the time because of rain, so nobody was injured in the incident.

The video generated buzz online, with one user suggesting the use of retractable bollards.

Sommers said bollards or blockages aren’t already in place so emergency crews can get onto the bridge when needed.

The Parks and Recreation Department is working with Park Police and maintenance crews to ensure that signage remains on both ends of the bridge.