When Shonda Lemon, a USPS mail carrier, noticed that one of her customers had not picked up her mail in three days, she knew something was wrong.

CHICAGO - A USPS worker is being called "an angel" after saving the life of one of her customers last month.

Shonda Lemon has worked as a USPS mail carrier in Chicago for eight years and has been delivering mail to Helen Iwanski for the last four.

"We gained a nice, little, personal relationship with one another," Lemon told FOX TV Stations. Lemon even began wrapping rubber bands around her mail so she could grip the bundle more easily. 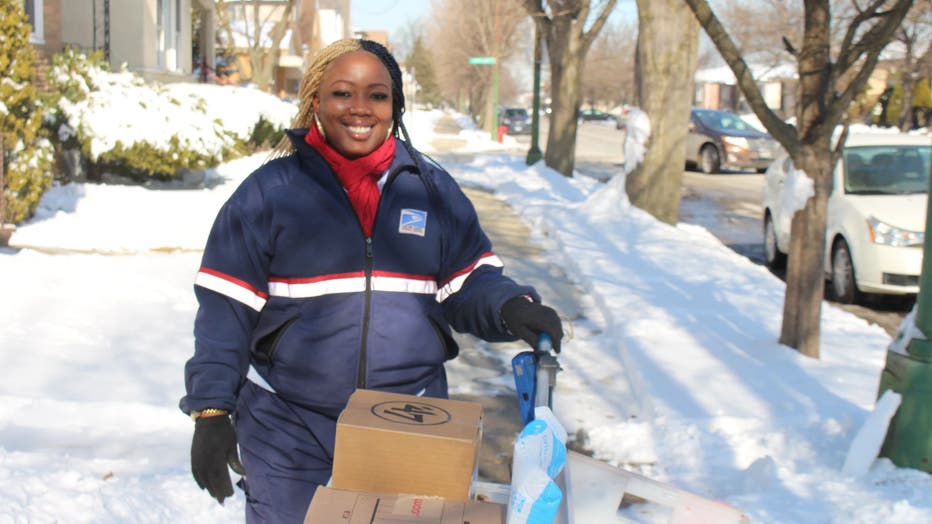 Shonda Lemon, 34, working at her job as a USPS mail carrier in Chicago

But when Lemon noticed Iwanski had not picked up her mail in three days, she had a feeling something was wrong.

Lemon knew Iwanski lived alone, didn’t have children and hadn’t traveled in years. This prompted Lemon to call the police on Jan. 14 to do a wellness check.

"Those factors alone is what triggered me to know that there was something wrong, especially when she left her parcels on the porch overnight," Lemon said.

Police came to Iwanski’s home within five minutes of Lemon’s call and found Iwanski on the ground. She had fallen and had been lying on the floor for several days. 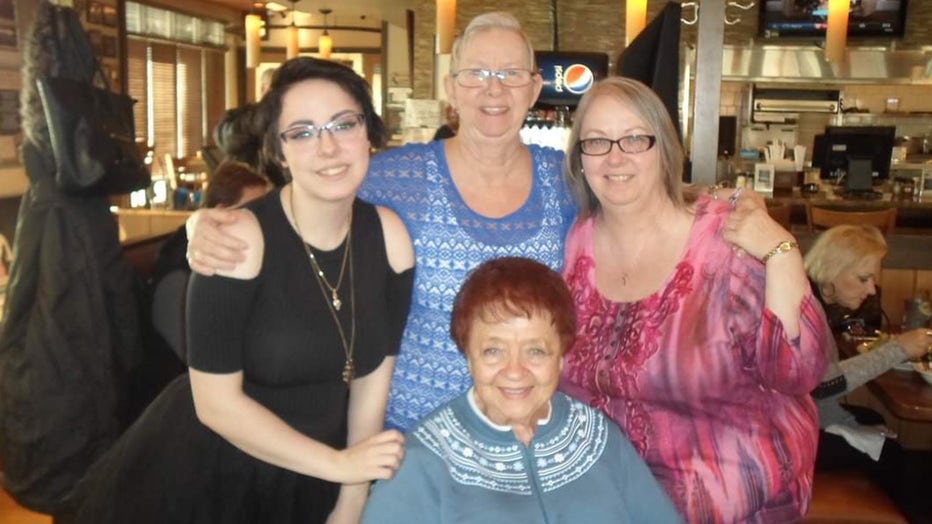 When the police officer told Lemon that Iwanski was still alive, Lemon said she became overwhelmed.

"I began to cry, because it was a rejoicing moment for me, knowing that I had assisted her in sparing her life," Lemon shared. "And, ya know it was just the pain and thought of what she may have been going through for those three days on the floor."

The family is thankful that Lemon suspected things were not right and acted on it.

RELATED: ‘She means everything to me’: Man visits wife, who has dementia, daily on his mobility scooter

"She's one of God's children and she was looking out for another one of his kids," Mary Mason, Iwanski's niece, told FOX TV Stations. "Shonda is just a very thoughtful and caring person."

"My Aunt [Helen Iwanski] sends her love and appreciation to Shonda for being there for her. She said she will be forever grateful for Shonda caring enough to call the police," Mason continued. "My family continues to pray for Shonda and want nothing but the best for her always."

Iwanski is currently out of the hospital and is getting stronger every day at a rehabilitation center.

In a statement to FOX TV Stations, USPS said it is very proud of Lemon’s actions.

"Postal Service employees know the habits of their customers and the rhythms of their communities, and are often the first to notify emergency personnel and render aid when something is wrong. Employees have been commended for going above and beyond the call of duty in a variety of situations, such as assisting lost children, getting help for sick or injured customers, spotting fires, and more. It’s another example of the heroic actions taken by an employee in the neighborhood they serve," Tim Norman, a spokesperson with USPS said.

Lemon said she is overwhelmed by the response and calls the public’s reaction "mind-blowing."

"I was just being who I am on a daily basis. I’m always concerned about my elderly customers, especially those that live alone," Lemon shared.

Lemon says this experience has taught her that it pays to be aware and be attentive.

"At the end of the day, we’re a village, and we need each other to look out for one another," Lemon said. "This is more than a job for me. It’s more of a community, it’s more of a village, and I’m just thankful that I paid attention to these circumstances and was able to spare this woman’s life."