The State Department has ordered families of U.S. Embassy personnel in Ukraine to begin evacuating the country as soon as Monday, U.S. officials tell Fox News.

Next week, the State Department is also expected to encourage Americans to begin leaving Ukraine by commercial flights, "while those are still available," one official said.

Moscow has massed tens of thousands of troops at the border with Ukraine, leading to fears of an invasion.

Late Friday night, the U.S. Embassy in Ukraine announced the first shipment of ammunition had arrived as directed by President Biden. 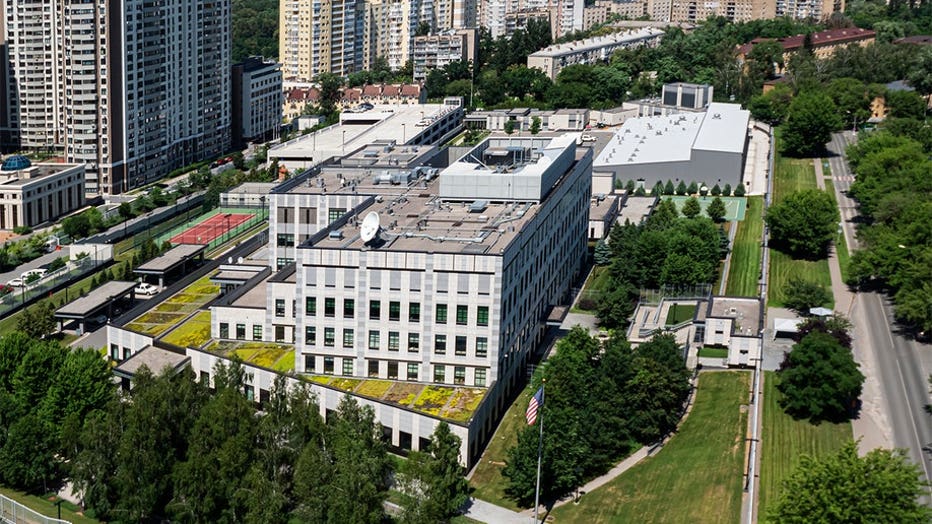 FILE - An aerial view of the U.S. Embassy in Kyiv, Ukraine, in 2020. (Igor Golovniov/SOPA Images/LightRocket via Getty Images)

U.S. officials say small arms ammunition constitute the bulk of the 200,000 pounds of what the State Department is calling lethal aid – needed by Ukrainian soldiers on the front lines. U.S. officials also tell Fox that Javelin anti-tank missiles are expected to arrive early next week from the Baltic states and from U.S. military stockpiles.

UKRAINE-RUSSIA TENSIONS: NATO EXERCISE PLANNED FOR NEXT WEEK TO SHOW ‘DEFENSE OF THE ALLIANCE’ 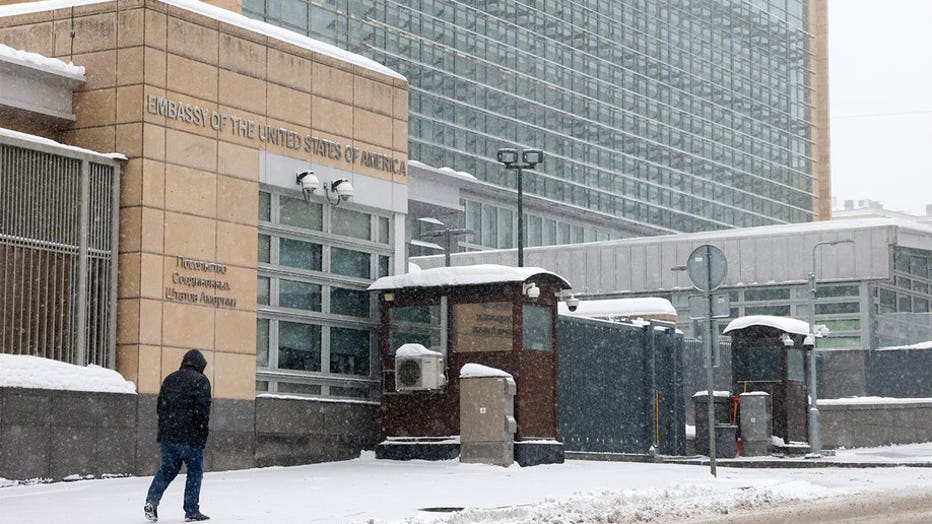 Advanced Russian fighter jets have now arrived in Belarus, north of Ukraine.  The Pentagon is concerned that Ukraine's capital is "now in the crosshairs," another official added.

The West has rejected Moscow's main demands – promises from NATO that Ukraine will never be added as a member, that no alliance weapons will be deployed near Russian borders, and that it will pull back its forces from Central and Eastern Europe.

The U.S. government is planning to move "a ton" of weapons and ammunition into Ukraine in the coming days, officials say.

Talks between Blinken and Russian Foreign Minister Sergei Lavrov on Friday yielded no breakthroughs, though both sides agreed to continue negotiating diplomatically. The two diplomats will speak again after the U.S. submits a formal response to Russian demands next week.