What is a census?

A census is when a government documents information about a particular population.

WASHINGTON - U.S. Census Bureau Director Steven Dillingham is resigning after a watchdog agency alleged he set a deadline that pressured statisticians to produce a report on the number of people in the U.S. illegally.

Dillingham, whose resignation will be effective Wednesday, wrote a farewell message to bureau staff. The message was posted on the bureau’s website.

"I retired from Federal service nearly five years ago but returned because I felt a calling to serve once more," Dillingham wrote. "Effective January 20, 2021, I will be retiring from my position as director of the U.S. Census Bureau. I have a smile on my face and gratitude in my heart for all you have done for our Nation."

Last week, Dillingham ordered an indefinite halt to the efforts to produce data showing the citizenship status of every U.S. resident through administrative records after facing blowback from civil rights groups and concerns raised by whistleblower statisticians about the accuracy of such figures. 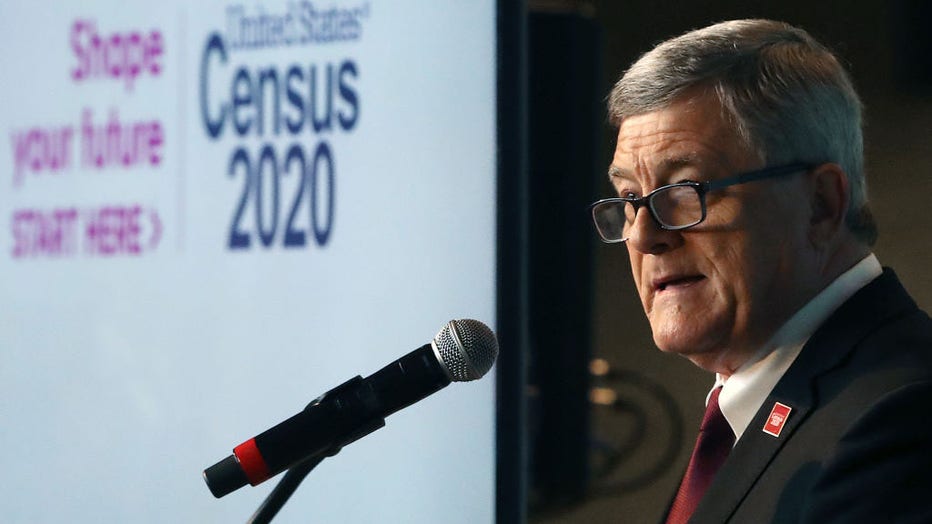 Steven Dillingham, director of the Census Bureau, speaks while unveiling the advertising outreach campaign for the 2020 Census, on Jan. 14, 2020 in Washington, D.C. (Photo by Mark Wilson/Getty Images)

A report by the Office of Inspector General said bureau workers were under significant pressure from two Trump political appointees to figure out who is in the U.S. illegally using federal and state administrative records, and Dillingham had set a Friday deadline for bureau statisticians to provide him a technical report on the effort.

President Donald Trump two years ago ordered the Census Bureau to use administrative records to figure out who is in the country illegally after the Supreme Court blocked his administration’s effort to put a citizenship question on the 2020 census questionnaire.

In a separate order last year, Trump instructed the Census Bureau, as part of the 2020 count of every U.S. resident, to provide data that would allow his administration to exclude people in the U.S. illegally from the numbers used for divvying up congressional seats among the states.

An influential GOP adviser had advocated excluding them from the apportionment process in order to favor Republicans and non-Hispanic whites, even though the Constitution spells out that every person in each state should be counted. Trump’s unprecedented order on apportionment was challenged in more than a half-dozen lawsuits around the U.S., but the Supreme Court ruled last month that any challenge was premature.

After the release of the inspector general's report, leaders of the National Association of Latino Elected and Appointed Officials, Asian Americans Advancing Justice and The Leadership Conference on Civil and Human Rights called for Dillingham's resignation.

Dillingham's five-year term was supposed to finish at the end of 2021.