The all-female C-17 flights took place on March 17, 2021, over North Carolina and South Carolina. Credit - US Air Force via Storyful

The C-17 aircraft took off from Joint Base Charleston and flew to Pope Army Airfield, where they picked up 40 female paratroopers, local news outlet WCSC-TV reported. An airdrop had been scheduled as part of the exercise but did not take place due to "inclement weather," the Air Force told Storyful.

Still, the all-female flights served as a celebration of Women’s History Month, which is recognized throughout the month of March in the U.S. as a time to honor the vital role of women in American history and notable achievements across many different fields. 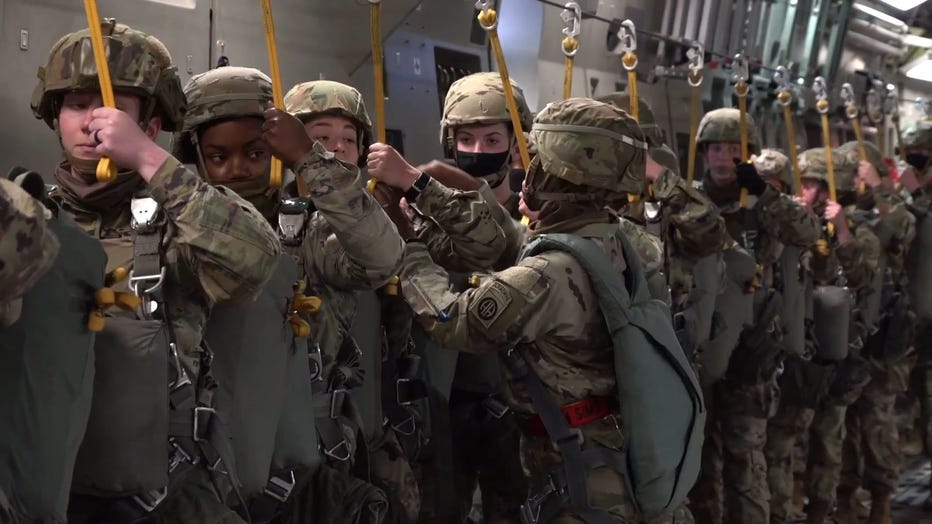 The all-female C-17 flights took place on March 17, 2021, over North Carolina and South Carolina. (Credit: US Air Force via Storyful)