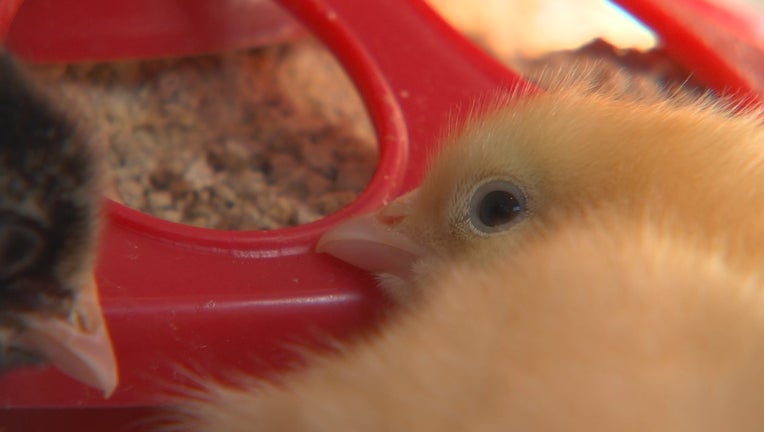 Urban farming is seeing an uptick in the Twin Cities metro amid the stay-at-home order. (FOX 9)

ST. PAUL, Minn. (FOX 9) - As people battle that cooped up feeling amid the stay-at-home order, an interest in urban farming is taking off in the Twin Cities metro area.

Eliana Lamson is welcoming some new members to her family - five little chicks that she’s been wanting for years.

While Lamson had the place in her heart – and her backyard – she never quite had the time until now.

It’s not just chickens, the store is working to keep plants, seeds and seed starting kits on the shelves, as a bump in urban farming interest is putting this small St. Paul business way ahead of their normal sales.

“I feel really fortunate that we’re able to be open and provide jobs and also give people something to do,” said Johnson.

Their success comes with a range of emotions as other businesses are forced to tell a different tale.

“It is kind of strange to see our neighbors are closed, but we’re open and we’re doing really well and that feels really strange,” said Johnson.

They’re hoping their small shop can bring some peace to customers during a pandemic.

“I’m going to have time to devote to my baby chicks and yea, it’ll be great,” said Lamson.